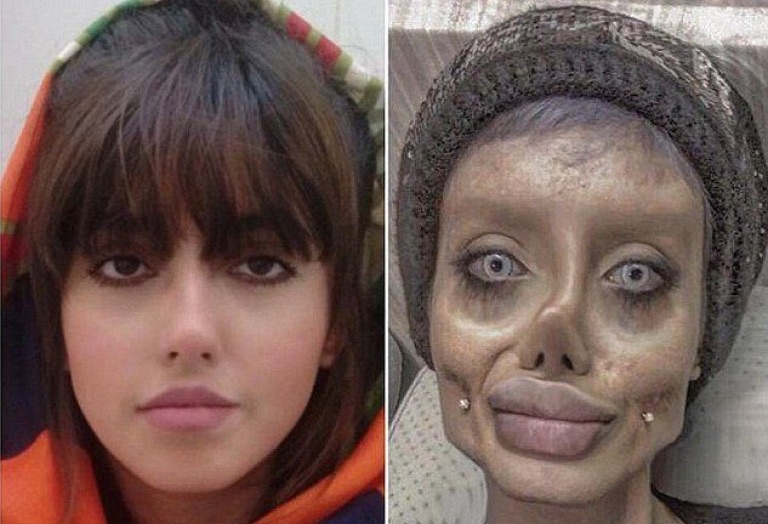 Her plastic surgery wasn’t that bad was it?

Remember this weird ass woman who had several rounds of cosmetic surgery to try and look like Angelina Jolie, but ended up looking nothing like her?

Well, she’s back in the news again and it turns out that she’s been arrested over in Tehran for ‘cultural crimes and social and moral corruption’ including blasphemy, inciting violence, gaining income through inappropriate means, illegally acquiring property, insulting the country’s dress code and encouraging youths to corruption. Quite the turnaround hey? 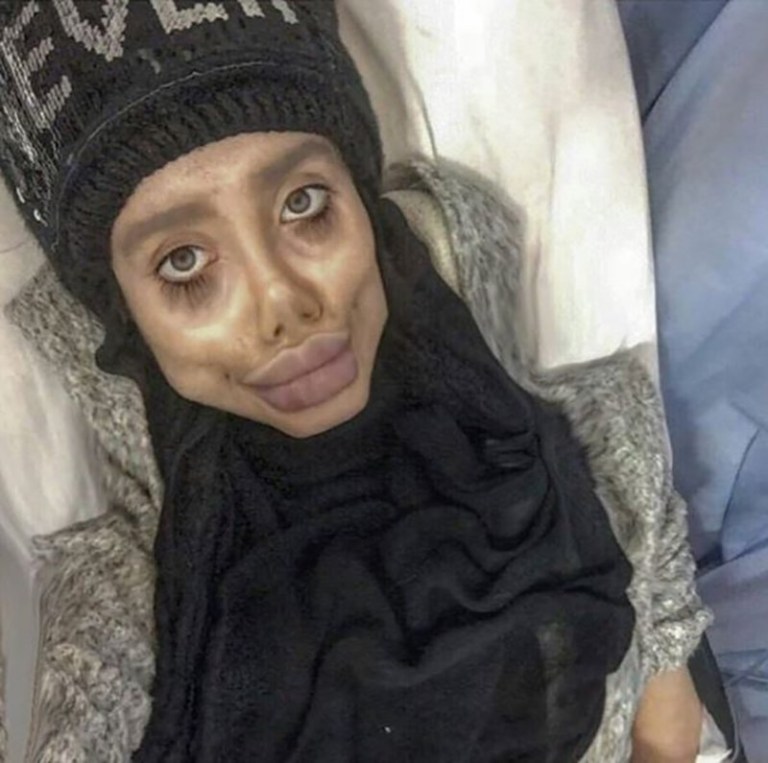 Over in Iran, it’s been revealed that 21 Sahar Tabar has been taken into custody on the above charges, but the exact circumstances of them are not yet clear. It’s thought that she’s fallen foul of the law in the way which a long line of Iranian fashion bloggers and influencers have also done for sharing posts that don’t tow the company line within the country.

Her Instagram has now been deleted which would corroborate this idea, as would the fact that she was getting plastic surgery to try and look like Angelina Jolie. That’s not gonna go down too well in a country like Iran you wouldn’t think would it?

Anyway, I dunno if she’s guilty but it sounds from the snippets i’ve heard about it that she’s had a pretty rough deal here. Hope the next we hear about her she hasn’t been executed or anything because even though her plastic surgery transformation was hideous, nobody deserves to go to jail or die because of some bad life choices like that.

For more of the same, check out this weirdo who got plastic surgery to look like Kim Jong-Un. Why?