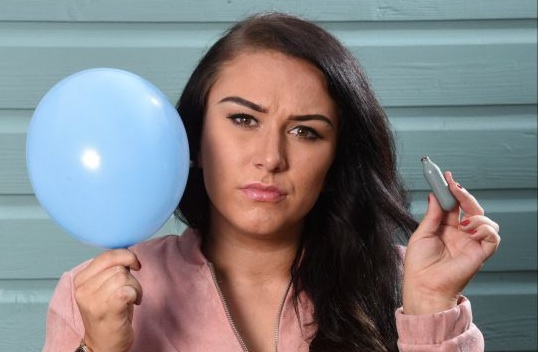 Laughing gas is seen as a cheap, easy, instant high without any real consequences, but now there’s unfortunately a horror story about it and how it managed to leave one woman paralysed.

Olivia Golding is just 24 years old but has been told that in haling NOS caused Lichtheim’s disease – a degeneration of the spinal cord – to attack her body. Here she talks about her ordeal and how it’s left her unable to work or play with her three year old son Parker: 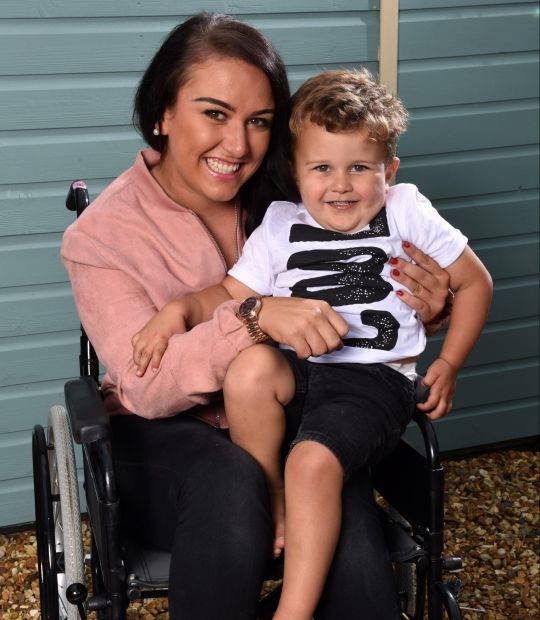 If anyone out there is considering taking NOS, please, think about your families.

I know I’ve got to live with the consequences of not being able to walk, but it’s not just me this has happened to, it’s my family too.

It’ll ruin your life and your family’s lives and it’s a very selfish move.

I’ve not been out in public since being discharged from hospital because I’m scared.

I’m scared about crossing the road and scared of not being able to use my wheelchair properly because I have little feeling and control of my arms.

I get pins and needles all the time, it’s horrible. I’m on four nerve drugs a day to try and stop the sensation.

I can’t use my limbs properly at all. I’m not paralysed – in my head i know I need to move my limbs but my brain is not connecting properly to the nerves.

The drugs ease the pain but not completely. I will wake up in the morning and I feel like my body is buzzing from the pins and needles.

NOS is so easily accessible. It’s sold readily in shops, outside nightclubs and at festivals for £5 a balloon.

I can tell you it is not worth that ten second high.

This whole thing has left me devastated. Yes, it was stupid of me to take it, but I wish I’d known the consequences before I’d done it.

People have made me out to be a bad mother and I’m not.

Now people are treating me as if I send my child off to his dad’s to go and get high every weekend but it’s not like that at all.

My relationship with Parker is amazing. It’s destroying me that I can’t play with him.

He’s my determination to get up, otherwise I would stay in bed all day.

The dangers of this drug need to be highlighted.

I want people to see what can actually happen to your body. 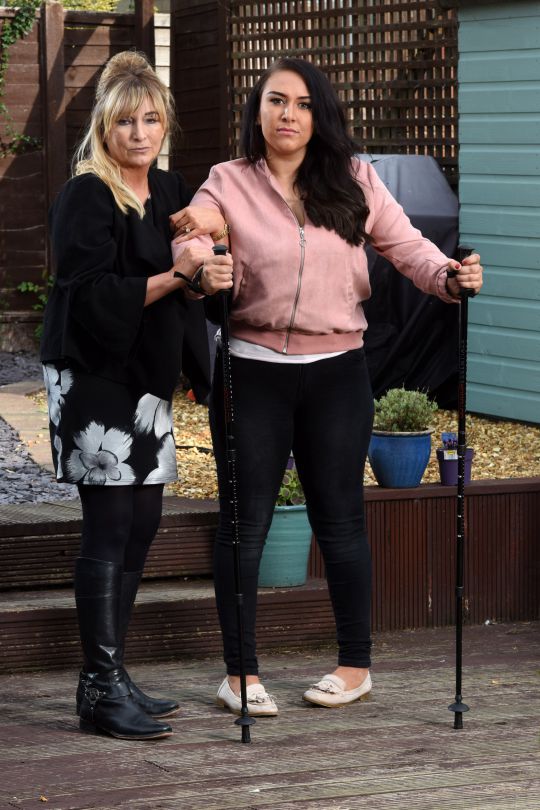 I suppose she is achieving this by telling her story to the Metro, but I doubt that it’s going to turn too many people off it because there are countless stories out there about how people do drugs and screw their lives up and people still do them on the reg all the time, but I guess it’s good to get it out there. You’re also gonna have to be really unlucky to have laughing gas affect you like this as it seems like it’s a one in a million shot or something, so people are gonna bear that in mind too. Hopefully it doesn’t happen to anyone else but I feel like that will be more luck than judgment.

For more laughing gas, check out this video of three guys getting smashed on gas whilst heading down the motorway. Not a good idea.