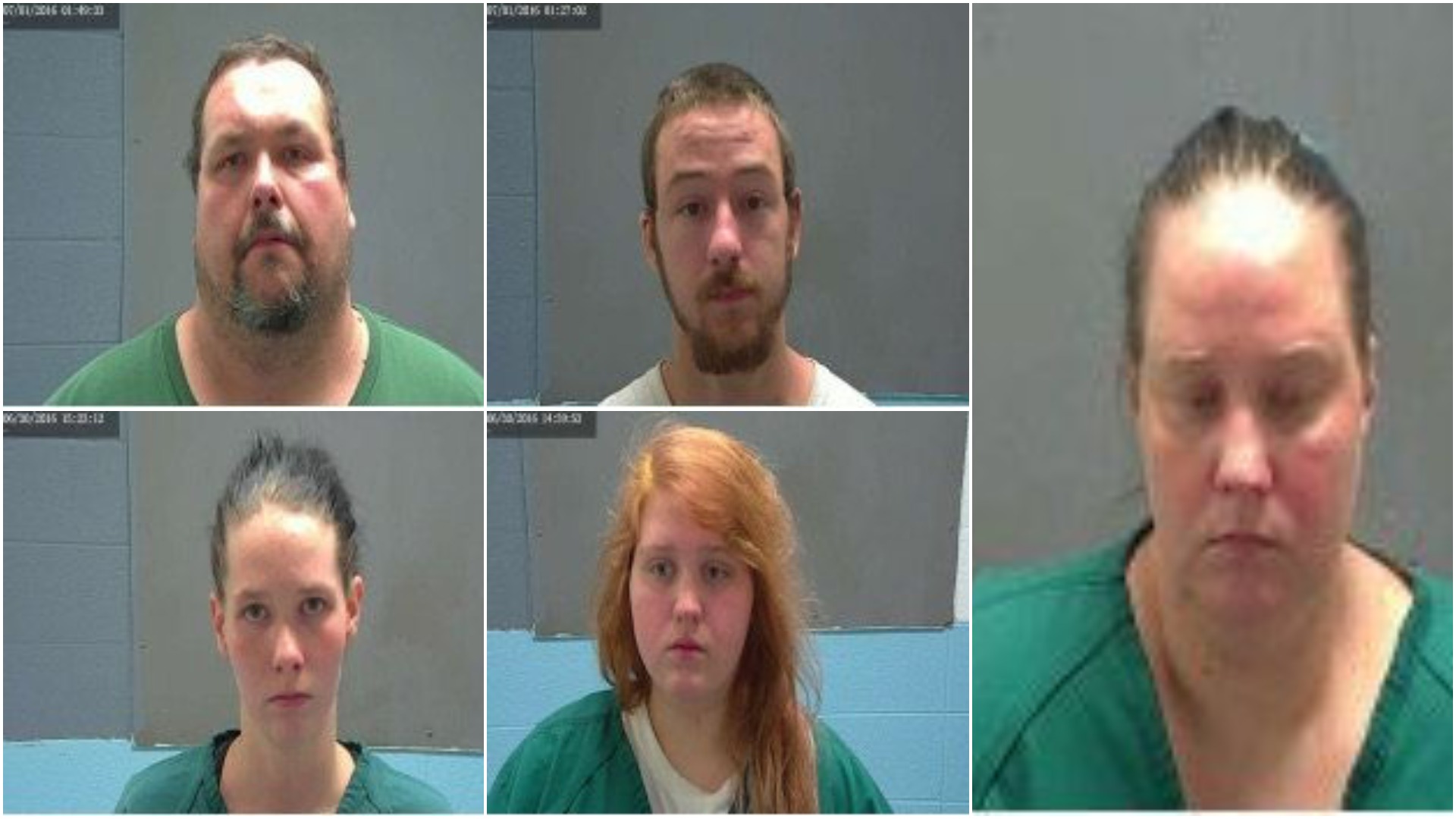 Every now and then we come across a story that surprises even us here at Sick Chirpse and this is one of those times again.

We’re in some disgusting town in the middle of bumfuck USA for this one in Amite, Louisiana,, where some evil family thought it was a good idea to kidnap their step sister and pretty much tortured her from August 2015 to June 2016. The unnamed woman – who suffers from autism and other disabilities – moved in with the Knope family – Raylaine Knope, 42; her husband, Terry Knope Jr., 45; and their adult children, Taylor Knope, 20; Bridget Lambert, 21; and Jody Lambert, 23 – in their mobile home after the death of her mother and was seemingly abused since the day she got there.

Here’s some of the crap that she had to put up with whilst staying with their house:

Errrr what? You really gotta feel sick when you hear what some of these rednecks are getting up to out in the middle of nowhere in America because they seem to legit be able to get away with it, at least for a bit. God knows what else is going on over there.

I can only begin to imagine just how awful the life of this woman must have been for that year – it sounds like the behaviour she was subjected to was absolutely horrific. Thankfully, she was rescued when someone tipped off the cops and they found both the woman in question and four children at the Knope residence..

All five of them are now facing charges than can land them a life sentence in prison, but I doubt this is too much of a consolation for their victims. Hope they’re going down though.

For more of the same, check out the prison guard hot sauce torture. Yeowch.