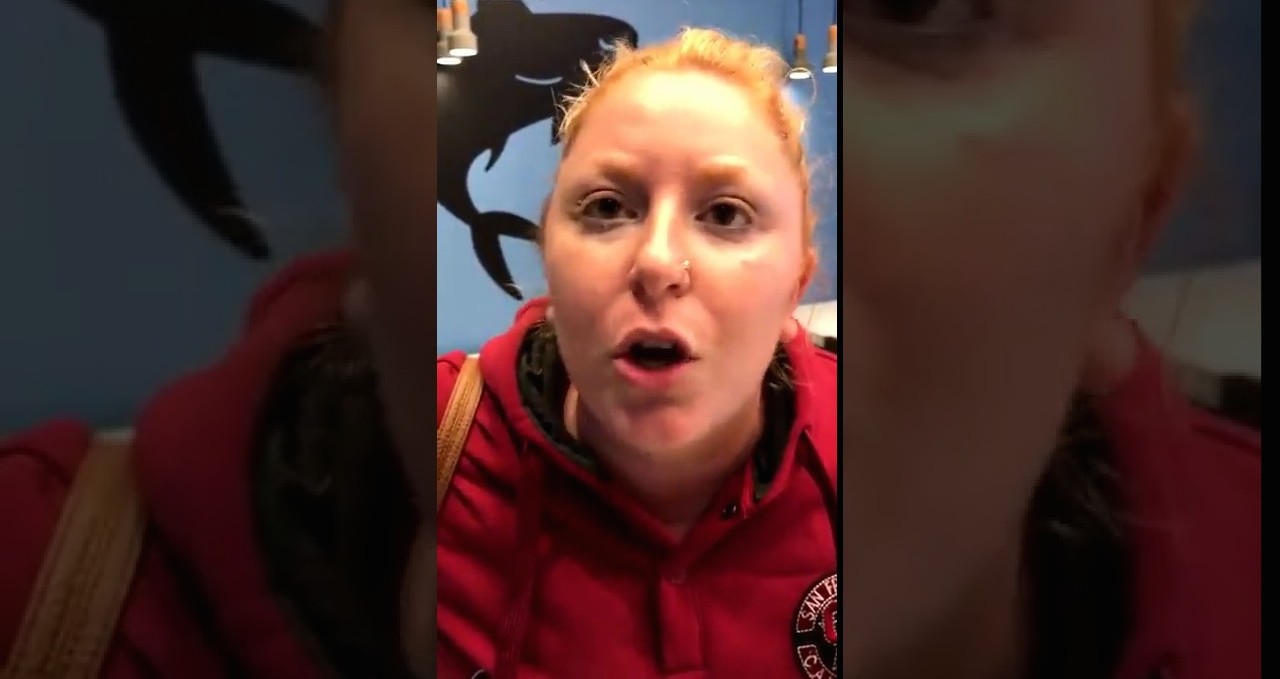 It might only be April, but it looks like we already have the strongest public freakout of the year.

We’re in California where a woman is going completely mental at a couple, who she claims is ‘having sex’ in line at a restaurant. In reality, it seems like the couple were just sharing a kiss. Something tells me this woman is bitter at the fact that everyone aside from herself is getting some:

I love how the guy serving just steps back and has a good old laugh at the whole thing. I’d be getting the popcorn out.

Seriously though, this woman just comes across as jealous. Maybe if there was someone willing to kiss her she might not have launched such a mental attack. Maybe.

For more videos of people being dicks, watch this girl proving herself to be the most spoiled brat of 2016. Not cool.