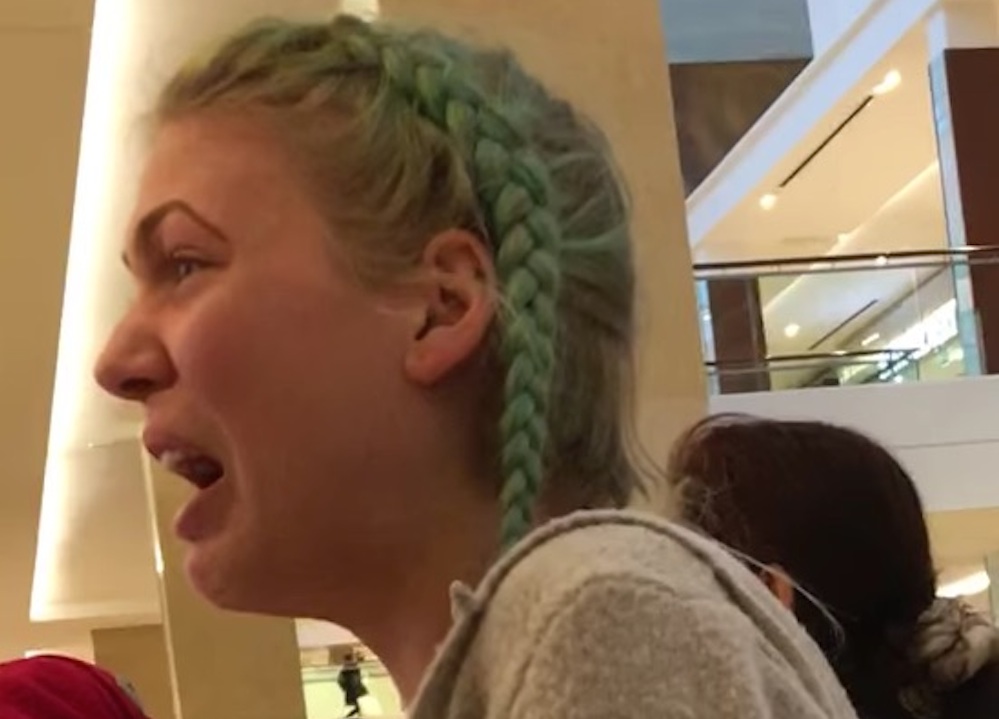 What an absolute bitch.

I’m sure that most people reading this were absolute nightmares to their parents and grandparents when they were kids, but I hope that I wasn’t anywhere near as much of a brat as the girl in this video because she really is next level.

The video was filmed by some dude as he was waiting in the food court of a mall somewhere in the U.S. The girl in front of him was screaming and swearing at her granddad for missing the appointment at the Apple Store for her iPhone getting fixed because the queue for the food was moving so slowly.

You’re probably thinking why didn’t she just go to the appointment and get the food later, but apparently she had been starving all day so there was no other option but to stand around there screaming:

Wow. That grandpa really is whipped and has the patience of a saint, because I definitely would have cracked if my granddaughter was acting like that. There are so many more solutions to her dumb problem rather than just standing around screaming and shouting, and I’m pretty sure sending her grandpa to the Apple Store isn’t one of them as he’s going to have no clue how to talk to them about the problems she’s facing. Serves them both right anyway – hope it doesn’t get fixed.

For more brats, check out this dude who bought every apple pie in a Burger King to spite some little kid who wouldn’t stop screaming and shouting about getting one. Worth it.