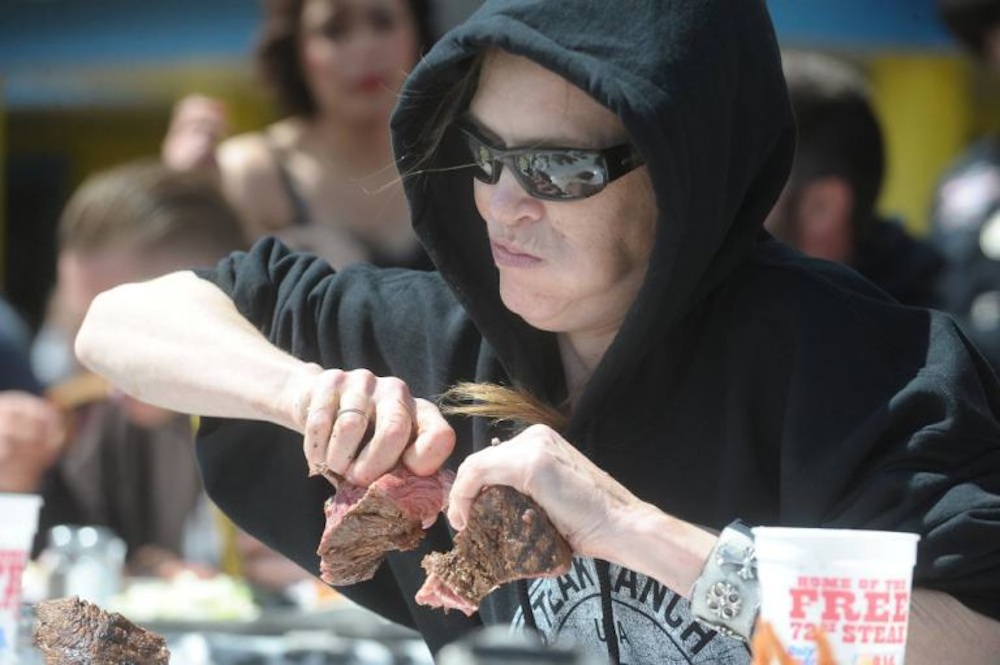 Ever since Man Vs Food decided to retire and get really skinny (and then briefly became a vegan) we haven’t really seen that many videos of impressive eating challenges going down on television or the internet.

That might be set to change though if this woman named Molly Schuyler has anything to do with it. She was visiting the Big Texas Steak Ranch in Amarillo (guess she knew the way there) and managed to eat three 72oz steak dinners in 20 minutes. The steak dinner doesn’t just include the steak either – it also includes a salad, baked potato, shrimp cocktail and a roll. Basically, it’s a hell of a lot of food.

Molly managed to finish the first meal in four minutes and eighteen seconds, completely and utterly smashing the previous record for the meal of four minutes and fifty eight seconds. Of course, she had previously set this record during another eating binge at the restaurant.

In fact, she said she probably could have eaten a fourth steak dinner after this and only refused to do it because she was tired of the taste. To be honest I believe her as well – she’s a complete and utter animal when it comes to food judging by this video. I mean look at the way she goes through that huge hunk of steak. I don’t think I could even eat one of those over two sessions, let alone in four minutes. Respect. Extra points too for wearing a hoodie and shades whilst she’s doing it to look like a complete G.