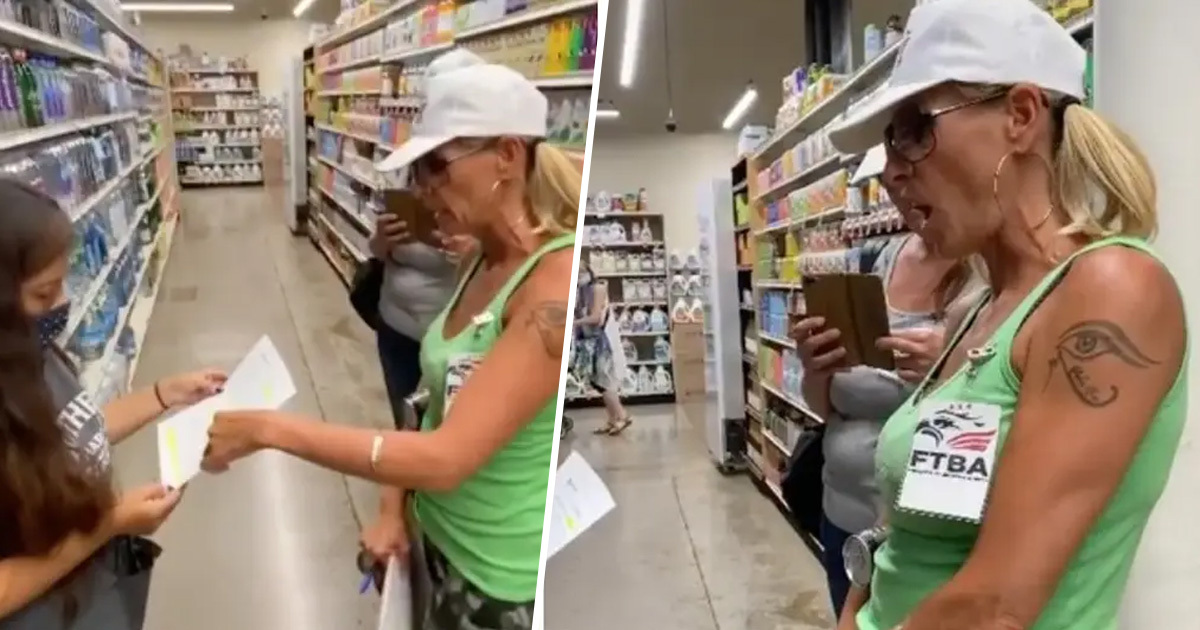 I said it probably wasn’t going to be too long before I ended up writing about some other idiot that was messing around without a mask and it’s taken less than three hours until something else has come up.

This time it’s a really weird one, as it seems like a couple of women from over in California have decided to deliberately walk around big stores without masks on and then when confronted by staff about not wearing them proceed to claim they’re from the ‘Freedom To Breathe Agency’ and present them with a load of paperwork that says they can be fined $10,000 for forcing people to wear masks. You’ve gotta be some kind of unhinged to think that this is funny or useful behaviour in the slightest, right?

It doesn’t even seem like they’re filming it themselves for their own enjoyment as the video we have comes from a key worker recording it for their TikTok and basically making them out as knobs (which they are). Take a look at it yourself below:

@wittlelizzyThis is what it’s like to be an essential worker. ##essentialworker ##covid19 ##karen ##helpme ##foryou

I mean what a couple of dickheads right? How bored/lame do you have  to be to dress up like that and pretend that you work for a fake organisation just to try and annoy workers who are literally doing their jobs and obeying the government advice on the subject? Honestly has me fuming that people like that exist in the world. Just do something useful FFS.

For more of the same, check out this guy wearing a swastika on his facemask because being forced to wear them is like living in Nazi Germany. Makes a lot of sense.