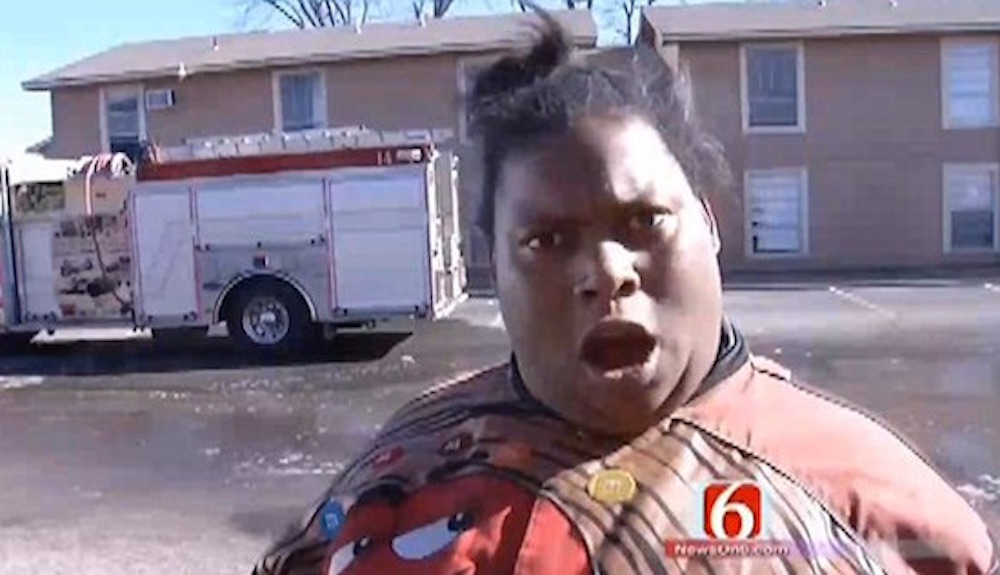 ‘She said hey, somethings wrong it’s poppin’ and I was like whaat??’

There’s a reason why random news interviews end up going viral and this video sums it up perfectly – because they’re usually absolutely hilarious.

This time it’s the turn of Tulsa, Oklahoma resident Michelle Dobyne, who was interviewed after her house was evacuated after it caught fire. In the video below she describes the incident in a way that I never thought possible. Seriously, it’s going to blow your mind with its sense of descriptiveness and actually being there:

Wow, such eloquence and articulation right? I would love it if every news story from now on was reported in this style because it’s way more entertaining than your usual curt and straight news reader.

You can check out another classic example of such an interview here.