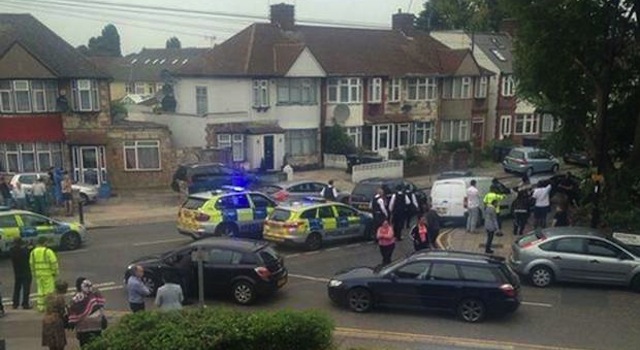 What the hell is going on?

This is absolutely fucking crazy. Just over an hour ago a woman was found beheaded in a back garden at a property in Nightingale Road, Edmonton while witnesses say a man went “on the loose with a machete”.

So far there’s nothing to suggest that this is terrorist-related, but it’s pretty scary and horrific all the same.

A man was arrested near the scene. We’ll bring you more info as it develops:

Some crazy people out there man – a woman has been beheaded in Edmonton North London today.