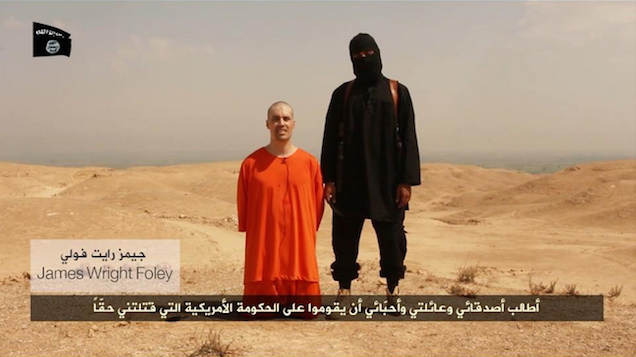 ISIS have beheaded an American journalist and delivered a message to Obama.

ISIS have beheaded an American journalist in an extremely graphic and messed up video titled a ‘message to the United States to stop military interference in Iraq’.

The journalist’s name was James Foley, and he had been captured in Syria in October 2012 around Thanksgiving. James had spent roughly 635 days in captivity and was 39 years old.

His disappearance was described by the Global Post following the posting of the video online. They had originally kept details of his kidnapping secret for fears of his safety:

Foley had set off toward the border in a car about an hour before his capture. A witness, a Syrian, later recounted over the phone to a journalist in Turkey that an unmarked car intercepted Foley. The witness said men holding kalashnikovs shot into the air and forced Jim out of the car.

The witness said he noticed nothing that would indicate whether the aggressors were rebel fighters, individuals looking for a ransom, members of a pro-government militia, or a religious-based group with other motivations.

In the video, Foley urges everyone watching it to rise up and overthrow his real killers – the US government – whilst a jihadist stands next to him about to kill him. The jihadist then says that if America doesn’t pull out of  Iraq then it will continue to murder U.S. citizens, starting with another missing journalist Steven Sotloff who was last seen in Syria last August, before showing Steven Sotloff in the final pictures of the video.

The video is extremely graphic so please think twice before trying to search for it.

One thing that we did pick up from the video was that the jihadist spoke with a British accent – did he travel over to Syria to fight with ISIS after being brought up in the UK? That’s a very distressing thought if so.

A transcript from the video can be read below:

JAMES FOLEY: I call on my friends, family, and loved ones to rise up against my real killers, the US government. For what will happen to me is only a result of their complacency and criminality.

My message to my beloved parents, save me some dignity, and don’t accept some meagre compensation, for my death, from the same people who effectively hit the last nail in my coffin with their recent aerial campaign in Iraq.

I call on my brother John, who is a member of the US air force. Think about what you are doing, think about the lives you destroy, including those of your own family. I call on you John, think about who made the decision to bomb Iraq recently and kill those people, whoever they may have been. Think John, who did they really kill? And did they think about me, you, our family when they made that decision?

I died that day John, when your colleagues dropped that bomb on those people they signed my death certificate. I wish I had more time. I wish I could have the hope of freedom and seeing my family once again. But that ship has sailed. I guess all in all I wish I wasn’t American.

EXECUTIONER: This is James Wright Foley, an American citizen of your country. As a government, you have been at the forefront of the aggression towards the Islamic State. You have plotted against us and have gone far out of your way to find reasons to interfere in our affairs. Today, your military air force is attacking us daily in Iraq, your strikes have caused casualties among Muslims. You’re no longer fighting an insurgency, we are an Islamic army, and a state that has been accepted by large number of Muslims world wide, so effectively, any aggression towards the Islamic State, is aggression towards Muslims from all walks of life who has accepted the Islamic caliphate as their leadership, so any attempt by you Obama to deny the Muslims their rights of living in safety under the Islamic caliphate will result in the bloodshed of your people.

The life of this American Citizen Obama, depends on your next decision.

Here’s James Foley working in the environment he loved; reporting on the humanist background of conflict. RIP. 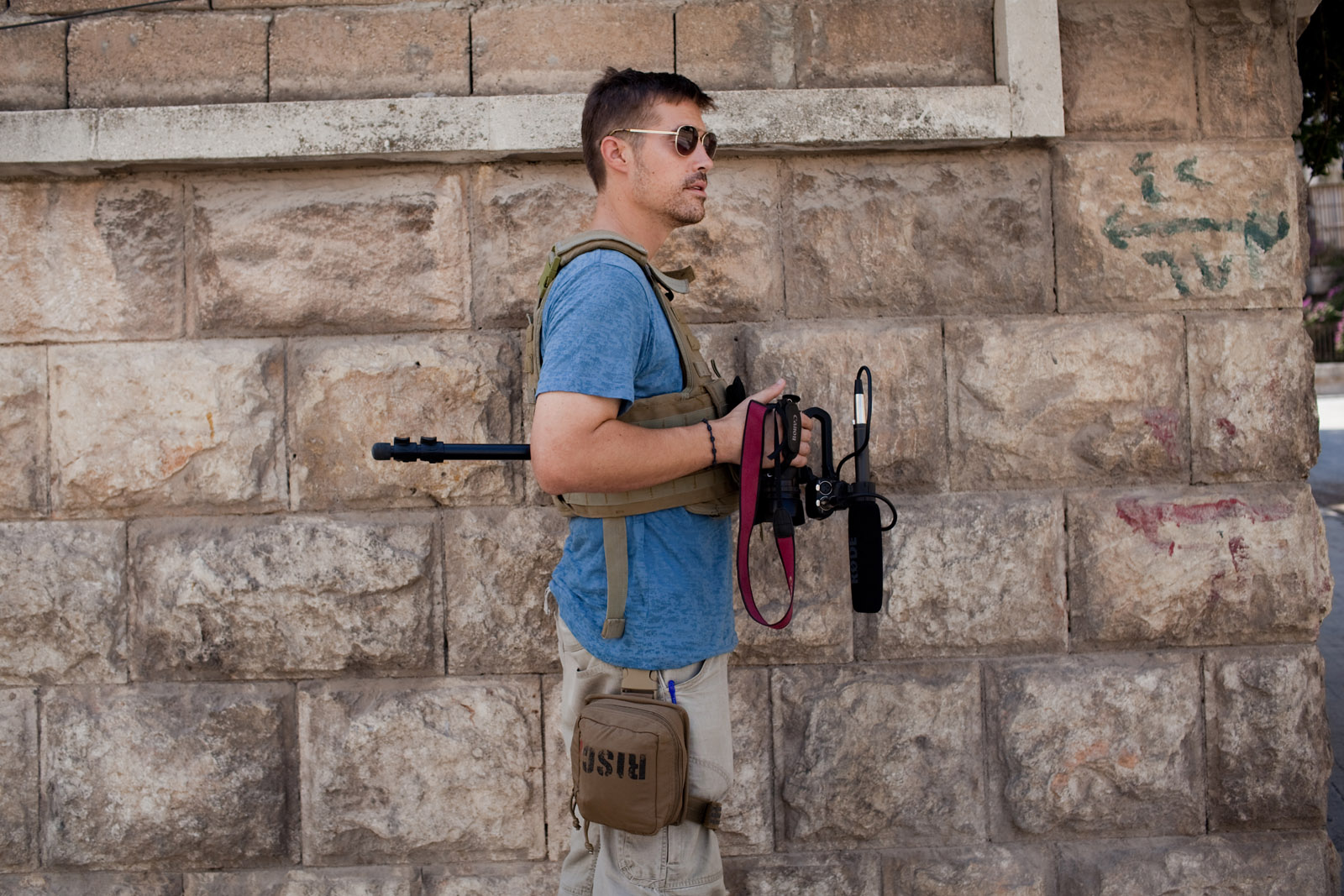 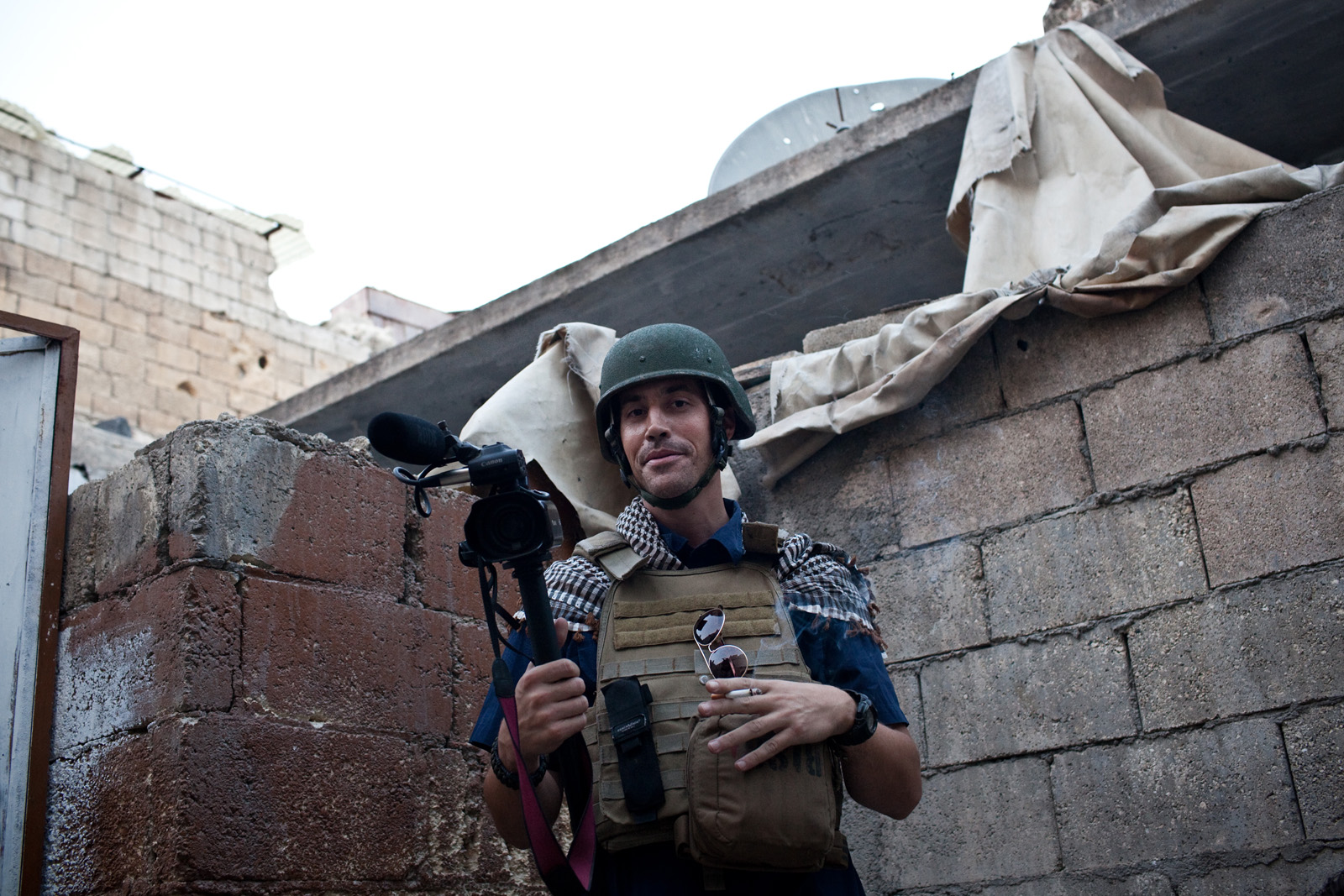 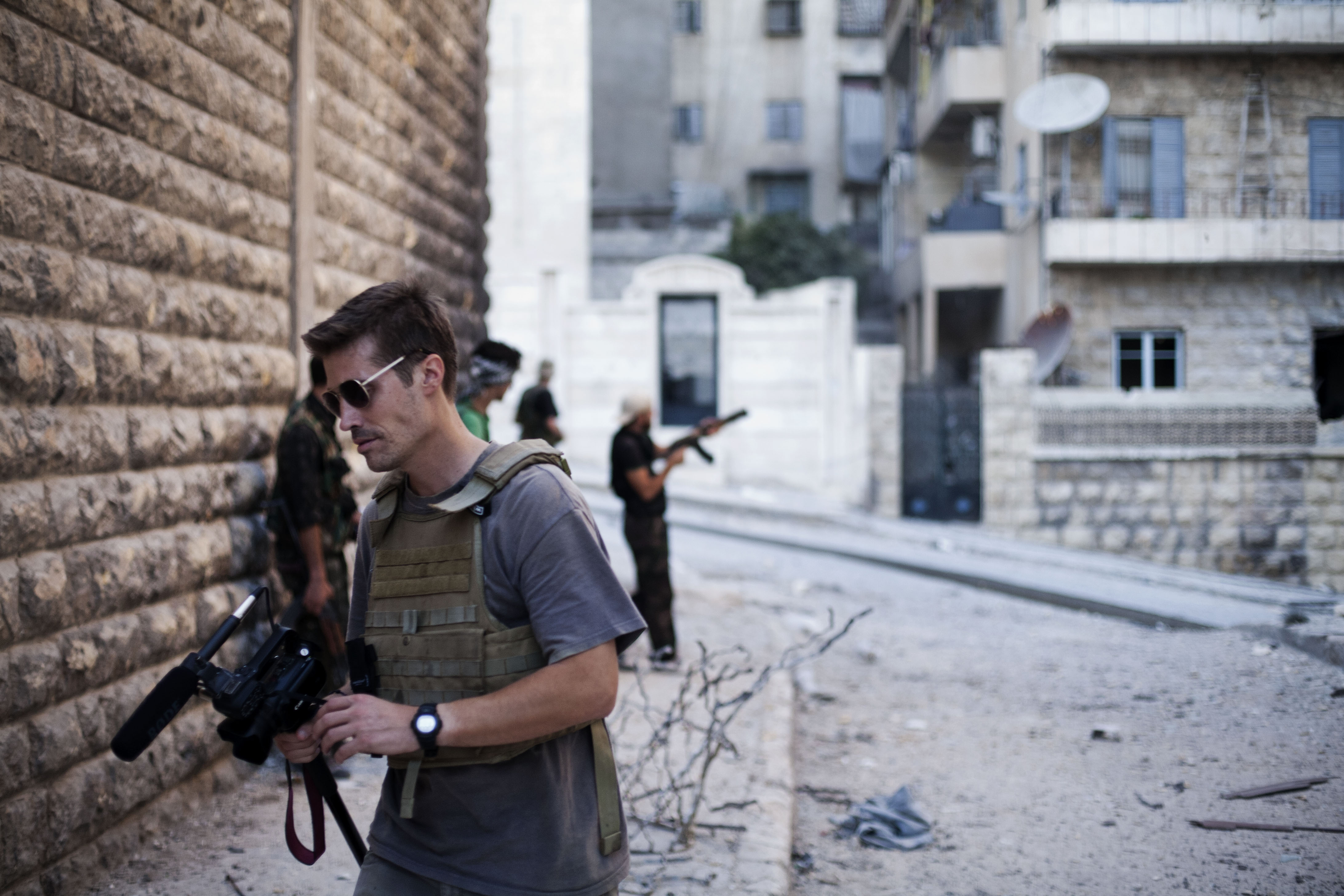 If you want to know more about ISIS and why they’re doing this, click here.