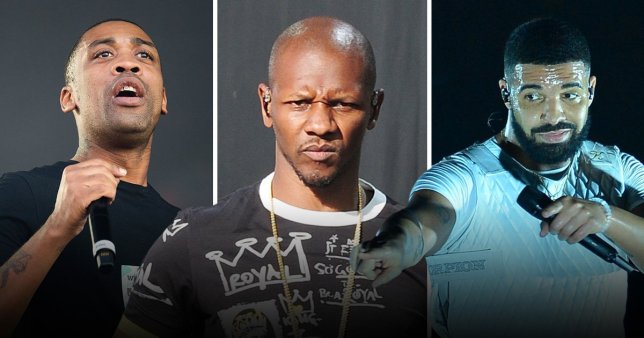 How many L’s can one man take?

Wiley is a legend and one of the UK grime originals but I think most people would agree that he’s become a bit of a twat in recent years.

Well more recently he accused Drake of being a ‘culture vulture’ because he’s been collaborating so much with artists from a million different backgrounds, genres and nationalities, including UK grime artists like Giggs and Skepta. He hasn’t done any collabs with Wiley though – reckon that might be the real issue?

So yeah, Wiley is basically arguing that Drake is using all of these smaller artists or less-known musical cultures for his own gain. Here’s the sorts of things he’s been Tweeting about Drake for months:

When his own fans called him out on being jealous because Drake basically collaborated with everyone in the grime scene except him, Wiley had an answer for that too:

Drake addressed it all on UK radio the other day, mentioning ‘goofy’ Wiley by name:

I’ll never understand how that’s not viewed as something admirable but I guess people have their own outlook on it.

That’s just something I wanted to get off my chest. I just had to talk about it because it’s bothering me.

Instead of realising that maybe Drake collaborating with lesser-known artists also benefits those artists and that cussing Drake is doing him no favours at all, Wiley went full troll mode:

He then weirdly dragged Giggs into the whole sorry mess, and let’s just say Giggs wasn’t happy about it: 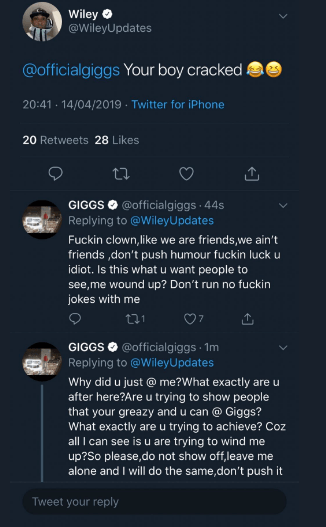 Whoops, probably not the reaction Wiley was expecting from a fellow UK artist.

I guess that’s what happens though when you burn your bridges with pretty much everyone and go around acting like a salty prick because the scene has moved onto to bigger and better things. I mean isn’t grime legend status enough for Wiley?

Then again this is a guy who went into meltdown at Glastonbury because they didn’t have fresh milk in his dressing room fridge, so I guess this is all par for the course.