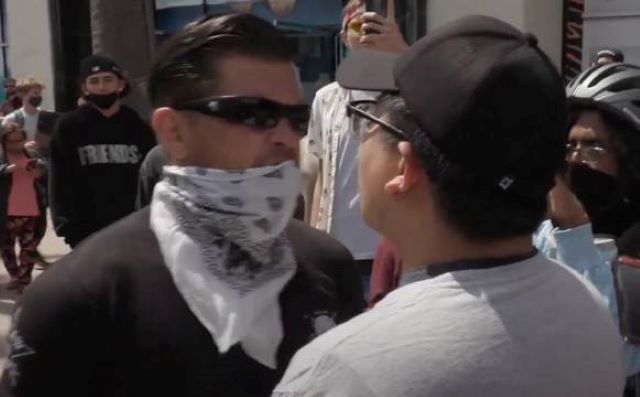 In what might be the most unnecessary rally since the Straight Pride marches that took place a couple of years back, a group of people took over Huntington Beach in California for a weekend of ‘White Lives Matter’ protests.

It was a totally peaceful demonstration where people of all colours and creeds came together to discuss race relations and find common ground so that we might all move forward into a future of love and acceptance. Lol, yeah right, it was an absolute shit-show:

Jeez, where to begin? Did that guy really say that ‘Kobe Bryant was assassinated by the Clintons’? Is that an actual theory that people believe in? Amazed I’d never heard of that one before.

The key part for me though was that Asian guy getting in the Nazi’s face and pleading with him to explain why he hates him so much, and receiving probably the most apt answer any of us could imagine – a punch to the face. That’s really gonna win people over to the whole ‘White Lives Matter’ narrative bro, isn’t it? Or is the whole thing meant to be ironic? Not sure we can give these numb skulls that much credit.

Anyway, as usual nothing was learned and nothing was achieved. Maybe a rise in COVID cases at most? We’ll have to wait and see.

To watch a white BLM protester say the N-word and then explain why it’s OK for him to say it, click HERE. How enlightening.