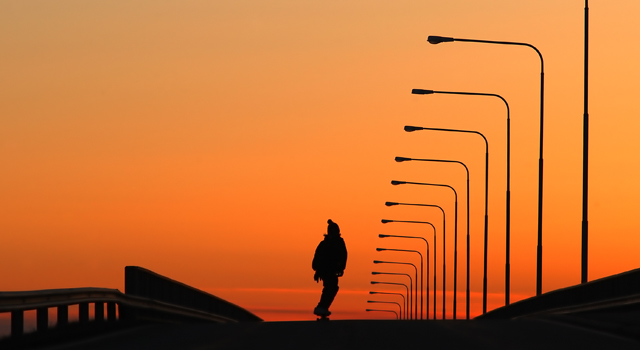 As skateboarding becomes more fashionable amongst the “hip”, we take a nostalgic look back at what it really meant to be the average skater.

The thing about Hackney is that it never fails to gravitate all the heads that either create, re-ignite, appreciate or support emerging trends. Craft Beer, Fixed-Gear Bikes, Good Coffee, Tech Startups, Barbecued Meat, Fashion, Music, yadiyadiyada. It’s a true hub for creative types committed to ideas and culture over everything else. The magnification and popularisation of trends can often move exponentially in the upward AND downward directions. Those who aren’t innovating or committed to the trend, and rather just appreciating it for the duration of its visit, will happily just saunter onto the next big thing when it builds momentum.

â˜› Watch Next: The Most Amazing Skateboarding Video Ever

Walk down London Fields on a sunny day and you will, without a shadow of a doubt, clock a number of peeps cruisin’ about on skateboards, plastic fishboards, or even those stupid little bits which look more like a roller skate without the boot. Clearly, this is an incoming trend on the resurgence. Part of me thinks this is rad. Part of me thinks this is shit; an important, subcultural part of my youth turned into a cool aesthetic for culture vultures. It doesn’t matter though, it is what it is, and it’s awakened a set of vivid memories which I’m grateful for. 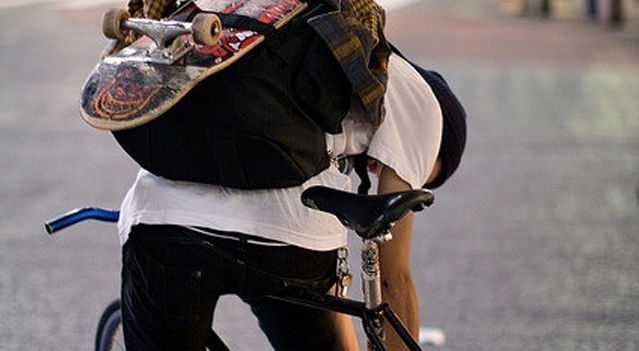 Let’s just get this straight. Skateboarding as a subculture never died. You only need to see those passionately protesting against Southbank tearing down their historical skater epicenter, or go visit any dedicated skater spot to see this. The subversive idea of juxtaposing urban environments into a playground for creative expression, just like graffiti culture, is hugely important to those who admire and participate within it.

Skateboarding culture is a vacuum where those who are part of it discover what it means to be part of something of substance. Not only this, it’s a place where life values are born, and an honest eye-opener to how chaotic, self-interested and defective real life can be. But then it also teaches you about community, and, just like any other subculture, looking after your own.

In a nutshell, it was the first time you found yourself with a meaningful personal identity, and you represented this creative and subversive culture with pride. If you weren’t a skateboarder, you didn’t really matter. You had close, similar minded friends. You had fashion aesthetics which you thought were damn cool (and probably still do). You had idols. You became obsessed with cultural brands. Much like in business, you had mentors, the bigger boys who schooled you on life and developed your awareness. These guys wouldn’t sugar coat shit and coach you through life, they’d more likely slap you.

And as we grow older, we might not step onto that deck anymore – but the profound impact that this counterculture had on our lives continues to manifest itself in our outlook. From the way we choose to live our lives, to our political views; from our fashion and music sense, to the types of necessary grind we commit ourselves to for survival. The idea of going on holiday to lie and wait for skin cancer sickens us – give us the sea, give us the snow – we’re gonna go shred.

So these Hackney skaters, who are more likely to wear tweed and eat organic fruit n veg – rather than rocking a Dickies t-shirt and barely being able to scramble enough together for a pack of economy custard creams; they might be legit, or they might just be arming themselves with the next essential thing in the fashionista artillery – fuck it, it doesn’t matter. What matters is that it means something to us. It might lay dormant in us now, but the things we learned and the experiences we had are ingrained in our DNA.

Let’s take a look back and see what it really meant to be a skater. If you get a nostalgic punch round the face… you’re welcome.