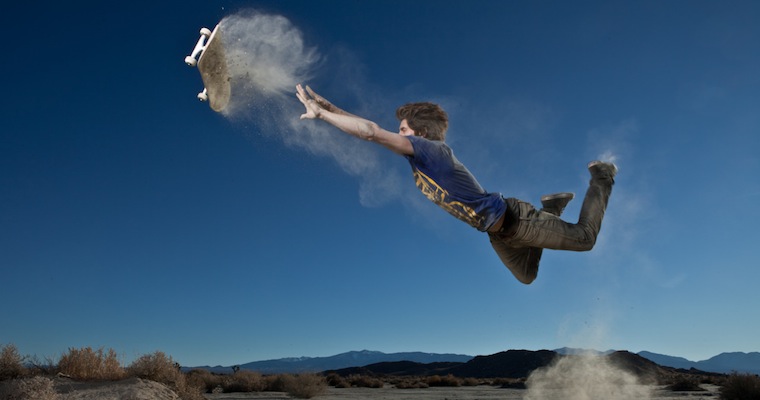 Yeah that’s right this is the most amazing skateboarding video we’ve ever watched.

This video is totally sick because it’s fresh. It’s fresh in that we’ve never seen anything quite like it. Yeah sure Rodney Mullen and Daewon Song ripped it hard to Rob D’s ‘Clubbed To Death’ like 15 years ago when they busted out some fresh to death freestyle moves that had never really been seen before, but the kid in this video (William Spencer) does some real crazy moves that I’m pretty sure no-one else has ever done before, or hasn’t done well and filmed and put on YouTube before at least.

Here’s William Spencer doing what he does best: smashing up decks, bouncing around and flipping all over the place. It’s totally sick. Check it: