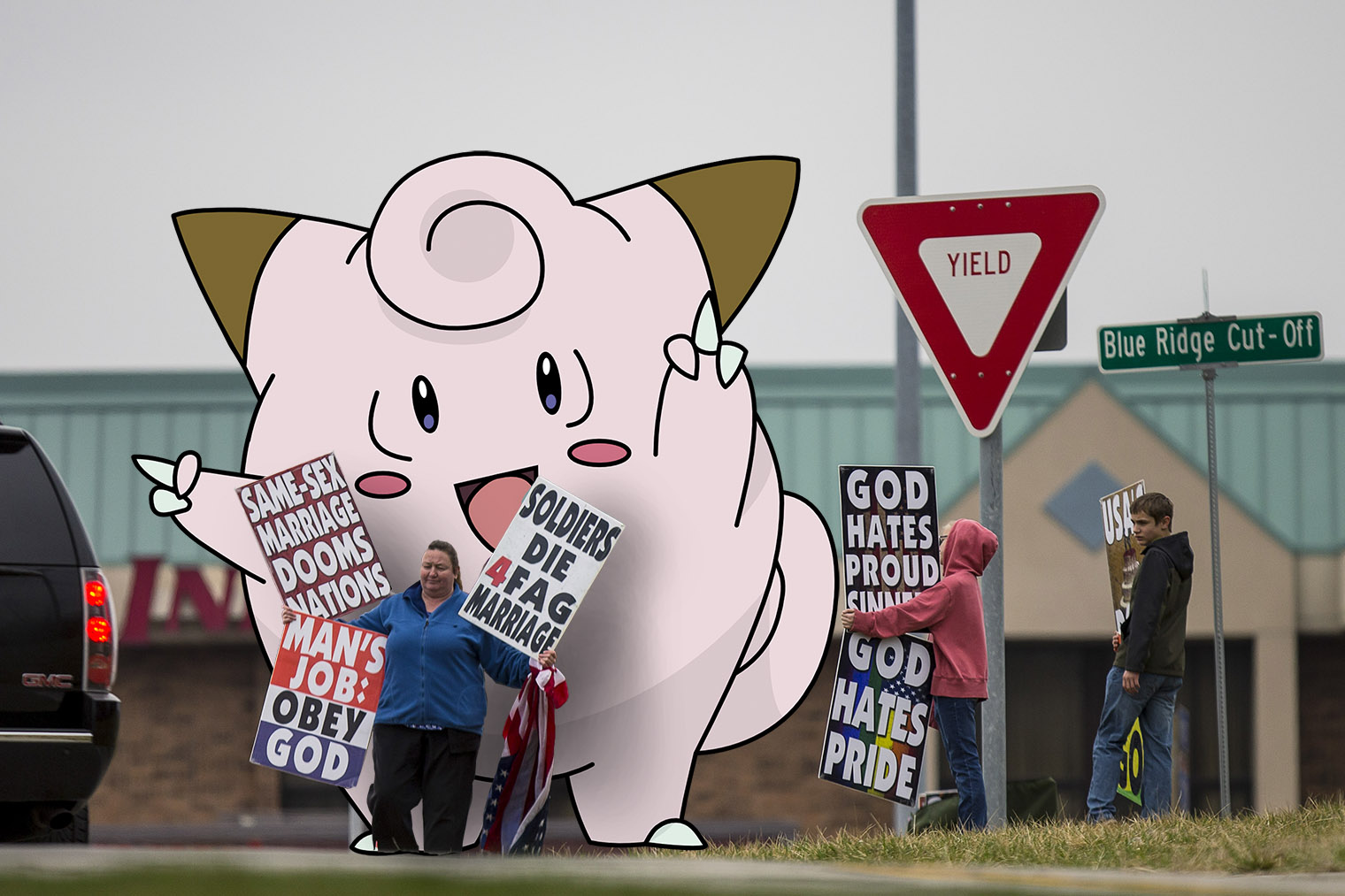 Pokemon Go is barely a week old and is already responsible for some of the weirdest stories on the internet and we’re probably going to see more and more as time goes by. This is an early contender for Pokemon Go story of the year though.

In case you’re somehow unaware of the mechanics behind Pokemon Go (seriously where have you been since last Wednesday?), then you have to travel around your neighbourhood searching for rare Pokemon and then head to a local landmark that serves as a Pokemon Gym where you can battle other users with your Pokemon. It’s a great idea in theory, but has already resulted in people getting robbed over in America.

In one piece of good news though, it turns out that the Pokemon developers have decided to epically troll the Westboro Baptist Church by setting up a Pokemon Gym at their headquarters. The discovery was made by a Pokemon trainer named Pinkness who posted to following:

Someone took @WBCsigns as a #PokemonGO gym and is guarding it with a Clefairy named LOVEISLOVE
Go home, we're done pic.twitter.com/P9LfqUfzxw

Burn. In case you didn’t know, LOVEISLOVE is a popular phrase for the LGBTQ+ community which obviously the Westboro Baptist Church vehemently opposes. Obviously, the WBC got involved with the Pokemon Gym and claimed it back, bizarrely recruiting Jigglypuff to deal with the Clefairy. No, I’m not making this up.

@stephmsolis We recruited Jigglypuff to deal with the sodomite loveislove Clefairy for us: https://t.co/HyQvNAx90A

Not really sure why they would recruit a Pokemon whose special skills are ‘charm’ and ‘cute’ in their fight against homosexuality, but I suppose I don’t work for them so what do I know? They’ve also started posting weird Vines like the one you can see before featuring your favourite Pokemon denouncing homosexuality, so it seems like they’re fully invested in Pokemon Go as a social media tool to spread their message now. Who would have thought this a week ago?

Weird, but I suppose this might end up becoming the norm pretty soon for a lot of media companies given the early success of Pokemon Go. Maybe the WBC are just industry leaders in that respect.

Check out this official Pokemon lingerie while we’re at it. Sexy.