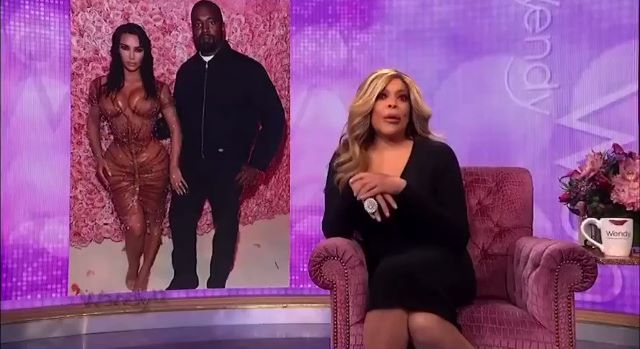 Not only that, she also managed to burp at the same time, thus producing an extremely rare fart/burp combination for the ages:

DID WENDY WILLIAMS JUST BURP N FART AT THE SAME TIME?? I- 😭😭💀💀 pic.twitter.com/aXvbP9SZvw

Wow! Incredible. Who even knew humans were capable of such feats? Passing wind out of both ends at the same time. And thanks to the power of the internet it’s been ripped from live TV and shared online to live on until the end of days. Let’s take a look at that one more time:

DID WENDY WILLIAMS JUST BURP N FART AT THE SAME TIME?? I- 😭😭💀💀 pic.twitter.com/aXvbP9SZvw

Fantastic. And a beautiful dose of instant karma too as I’m sure she was just sat there talking shit about Kim Kardashian and stirring up gossip like she always does. Unfortunately for Wendy Williams no one cares about Kim & Kanye when you’ve just farted & burped at the same time on national television. She knew there was no way out of it this time, too. Just apologised straight away and tried to move on from the situation. Except there’s no moving on as far as the internet is concerned. Just own it and feel empowered by the fact you are the first person to simultaneously burp and fart in TV history. It’s not likely we’ll ever see anything like that ever again.

For the gender reveal that involved a young lady farting the colour of her unborn child’s gender, click HERE. Wonderful.