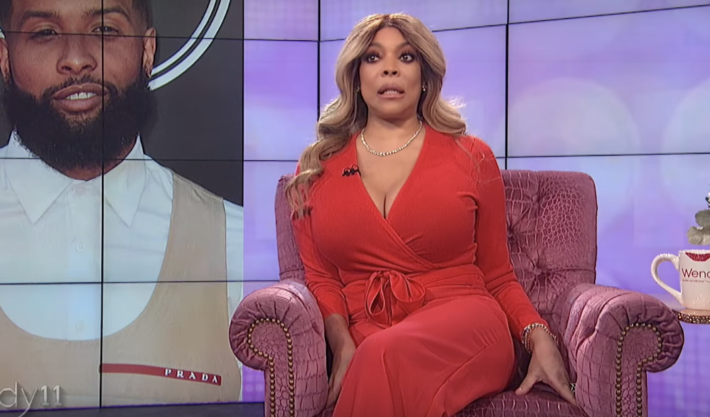 Wendy Williams is categorically denying accusations she let rip a massive fart during a recent episode of her morning show over in the States.

Wendy went viral after this clip was shared online – wait till around the 0:18 mark:

Wendy Williams let out a nasty fart during Friday’s episode of her daytime talk show (0:18). pic.twitter.com/wYJlhRWLt2

Here’s what Wendy had to say about it:

I have never farted once on this show. As a matter of fact, I barely fart, you know why? Gas gets released several different ways and mine is belching because all I do is talk.

Never farted ONCE on the show? Well now you’re definitely talking out of your arse (pun not intended but intended). Her butt isn’t even mic’d up in that clip and you can still hear her rip ass pretty clearly. But to act like she’s never once farted while doing her show? Even a silent one? Pull the other one pal.

She even tried to act like she would have stopped the show and addressed the fart if it had actually happened because “farts are always funny”:

By the sound of that fart, I would have had to go change my costume, I would have left a mark in the seat. I wouldn’t even save the costume, I’d throw it away. It’d be soiled beyond soiled-tivity.

She even tried to blame it on someone else – um ever heard of ‘whoever denied it, supplied it’? (via TooFab):

Norman pointed out that the audio was not superimposed by anyone online, saying that they could hear it when they looked back at the raw footage. Gaffer John Anderson then came out to explain that the noise came from something backstage as they were setting up a chemistry experiment for later in the show.

“We were filling up a fish tank backstage and we didn’t have the proper hose,” he claimed, “it was sputtering like someone was farting. It wasn’t Wendy!”

Pretty sad that she can’t own up to it TBH. Instead she tries to pass the buck and blame it on someone else. That’s just not right. Hopefully she learnt her lesson anyway and takes a few minutes on the shitter before each show now. No way people are going to let her off the hook next time.

To watch the infamous gender reveal fart that went viral a few weeks back, click HERE.