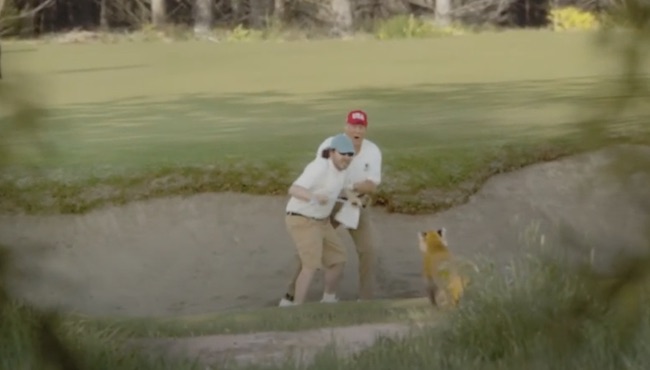 Bit of a weird one today as I was sent the video that you can see below of Donald Trump being attacked by a tiger and then getting accidentally shot with a tranquilliser gun by someone who told me that it kept getting deleted whenever it was posted around on the internet. What was this all about hey?

After watching the video, it didn’t take a genius to figure out that it was completely fake and some kind of setup, although I’ve gotta admit that the Trump likeliness is done fairly well and it’s a pretty amusing little skit. After looking around for any trace of it on the internet and finding nothing, I eventually managed to get it out of my new email buddy that it was a fake video that she had made with her friends, but she was shocked to see that everywhere she had been posting it was deleting it after it started to get some traction in terms of likes and comments.

Did the gatekeepers think that this was actually Donald Trump getting shot and remove it because of that? Were they just wary of it being a video of anyone getting shot? Both of these scenarios seem unlikely given how easy it is to find a video of someone getting shot on the internet at literally any time you want, so I guess the next real possibility for its constant deletion is that the President or his team somehow managed to find out about its existence and ordered it to be taken down?

That’s the only explanation I can think of right now that fits with how it’s getting taken down so quickly, although it is kind of surprising because you would have thought the President and his crew were kinda busy at the moment with an election in less than a week. I suppose it would be in keeping with how Trump has prioritised throughout his whole Presidential tenure at least.

2020 has been a strange year huh? Hopefully the video is still available in this article when you come to read it.

For more of the same, check out when Donald Trump reacted furiously when a photo of him became a meme. Unlucky pal.