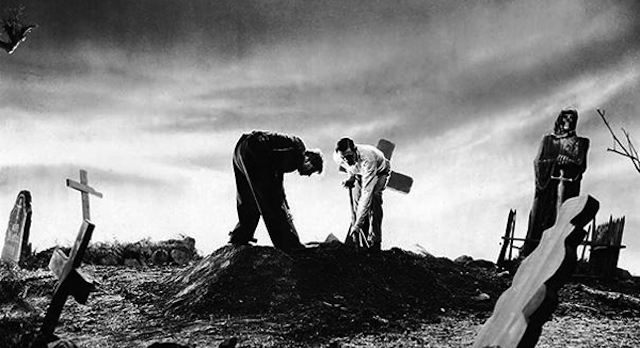 It’s hard to believe that some of these jobs ever existed considering how basic and retarded they are by today’s standards.

Even if you’re an unemployed bum or hate your job to the point of suicide, chances are it’s better than these really weird jobs that no longer exist. It’s kind of hard to believe some of them even existed, especially the resurrectionist.

Well this looks like the shittest job ever. You would stand at the end of the bowling alley and rack up the pins after every round of bowling. Dry as fuck. This would typically be a job for teenagers and wouldn’t pay very well.

This is definitely the weirdest job on this list. These guys were basically human alarm clocks and would use truncheons and pea shooters to bang on people’s doors and windows to wake them up. This is so far removed from the reality we currently live in that it’s almost unbelievable.

These guys would cut through the ice when a lake froze and then sell it to ice delivery men, who would in turn sell it to paying customers. Who would have thought it would be such a chore to get a bunch of ice?

Apparently these devices enabled their users to hear enemy aircrafts in the air from far away, but it’s equally likely that whoever invented them was just having a laugh at the expense of whoever they got to wear them.

This job probably still exists, just not in the capacity that it used to.