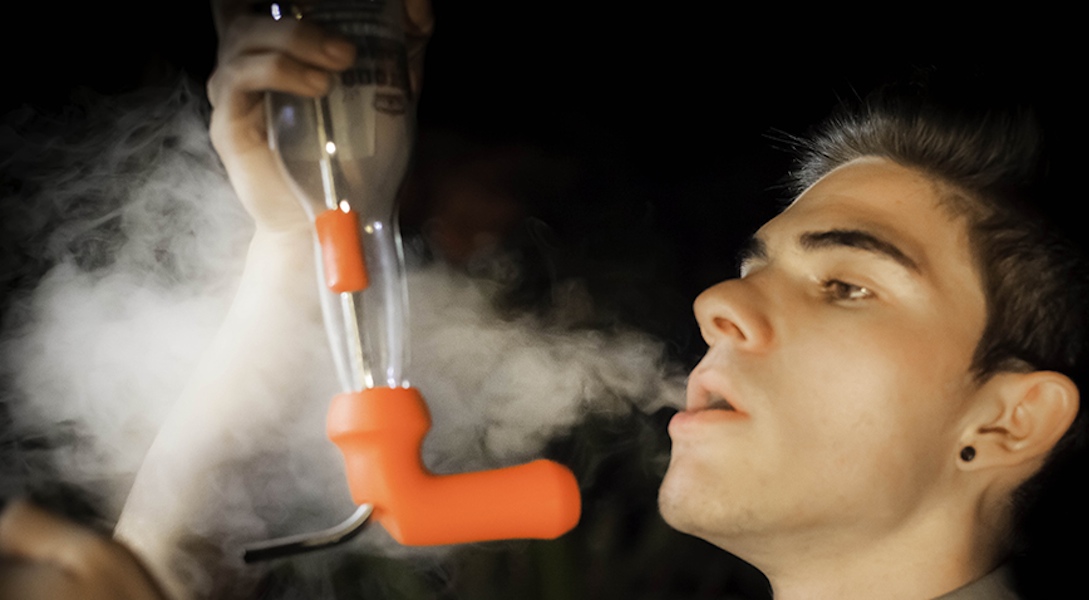 Check out how wasted these guys get off it.

A bong is probably the best way to get high as quickly as possible, and a beer bong is probably the quickest way to get loaded on booze as quickly as possible. Why someone hasn’t thought to combine the two concepts before now is alien to me, but now that they have it’s going to be an essential on the shopping list of anyone who thinks they know how to party. We actually featured this device back in October when it first came out, but this is the first time we’ve seen the results of multiple people trying it out. It definitely looks fun.

It works by having one tube for the beer and another for the weed, and you light up as you’re downing the beer so you can take a huge hit as soon as you’ve necked your drink, getting you super trashed pretty much instantly. In the video below, a bunch of people try out the weed/beer bong with varying results, although the one constant is that everyone looks completely and utterly wasted afterwards, even if they don’t manage to take all of the hit or down all of the drink.

In fact, a lot of people in the video are downright pathetic – one guy doesn’t even finish like a quarter of the bottle before he’s spitting beer out – but there is one old guy who’s an absolute G when it comes down to it, taking the drink like it’s nothing and then breathing the smoke out through his nose. Straight up rude boy and he can probably teach the so called ‘party guys’ in the video a thing or two. This contraption combined with the hoodie that lets you smoke weed out of the drawstrings would pretty much guarantee an awesome night.