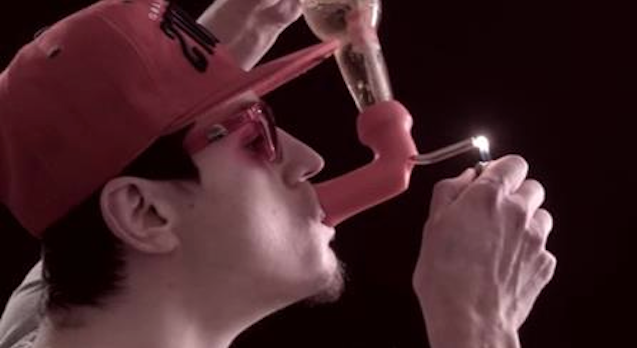 Finally, my two great loves can be united.

Weed is getting ingrained in pretty much everything it can be these days – weed pizzas, weed girls and cats smoking weed – so it was only a matter of time before somebody found a way to combine weed with the other great love of stoner kids the world around: beer.

And what better method to do it by than a beer AND weed bong? I certainly can’t think of one because although it’s nice to sit around lazily with a joint and a beer shooting the shit or watching TV, it’s a lot better if you want to get fucked up to just pack everything into a bong and go for it. The device is called The Knockout (great, great name) and boasts of being a beer shotgun, gravity pipe and water pipe all in one. Holy shit son, you know you’re going to get absolutely wasted when you hit that.

You can check it out in action below. The best thing about it is that it only costs $30 – I’ve already ordered one.