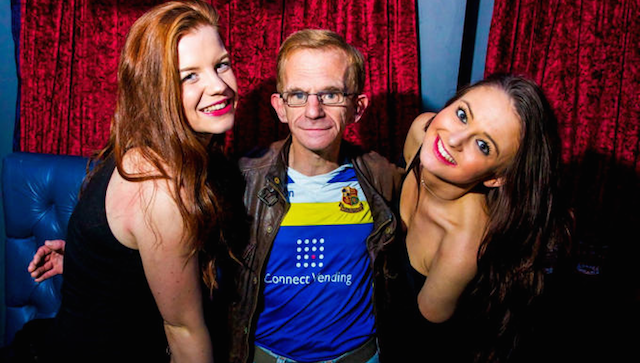 It’s entitled ‘Got No Fans’.

As if heading into the Celebrity Big Brother house and making nightclub appearances wasn’t a sign that the Wealdstone Raider was literally going to be shoved down our throats this Christmas, the fact that today he’s released a Christmas single predictably entitled ‘Got No Fans’  is probably the biggest sign yet.

The tackiness of it is slightly offset by the fact that it’s for charity and you can buy it for a fairly reasonable 79p off iTunes, with all proceeds going to Great Ormond Street Hospital. It’s also no coincidence that the Raider’s released it this week so that he can bag the coveted Christmas number one spot and hopefully beat Simon Cowell and his X Factor cronies and whoever else is vying for it this year to the top. His video has 25 million views on YouTube, so he’s got a good foundation to believe that he might make it.

He’s number 7 on the iTunes chart at the moment so he’s definitely got a chance. Obviously the song is complete and utter tosh – sounding like some recycled UK garage beat circa 2002 playing behind his classic catchphrases – but hey it’s probably better than all the X Factor songs, Bob The Builder and Mr Blobby all put together, so you might as well.