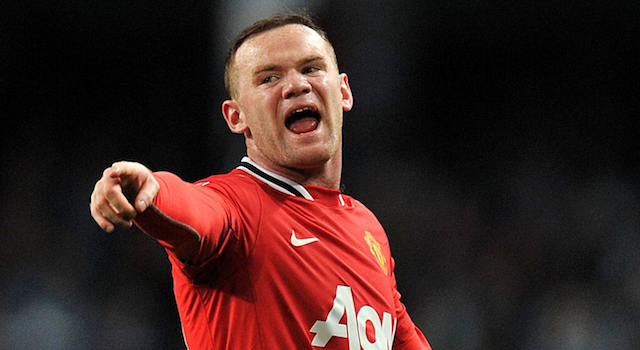 Everyone was doubting Wayne Rooney’s commitment when he pulled out of the England squad due to a head injury over the weekend. It turns out we definitely shouldn’t have been doing that.

A few eyebrows were raised over the weekend when Wayne Rooney pulled out of the Manchester United Liverpool game and the England squad with a head injury sustained in training. Everyone was like ‘a head injury? For real? How bad can that be? Is Wayne Rooney some kind of pussy or something? Where’s his commitment? etc etc’

Well, it turns out that a head injury can actually be that bad as the pictures that Wayne Rooney just posted prove. Wayne was tired of all the haters and decided to let everyone know what happened to him by posting pictures of it on his Facebook page. And boy does it look seriously messed up.

Apparently it was Phil Jones who inflicted this damage but aside from Phil getting a knife and physically cutting a line down his forehead I can’t really see how he could have done that. People are saying it was a clash of heads and I know Phil Jones is hard but really, is it possible that kind of damage can be done from that?

All I can say is I’m sorry I doubted you Rooney.

WARNING – THIS IS KINDA GRAPHIC 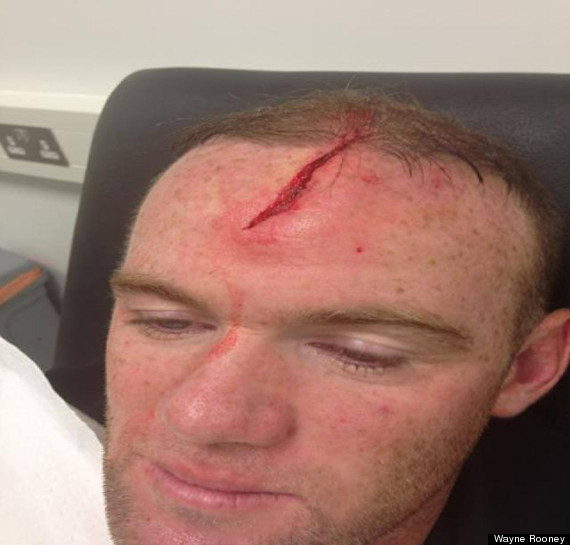 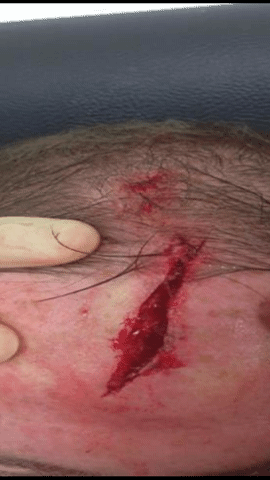