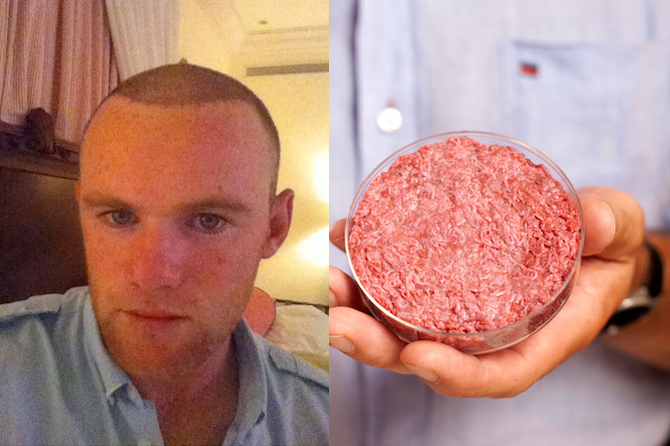 Sky News made a major faux pas yesterday when they were discussing the first lab grown burger but instead decided to show a video of Wayne Rooney.

This is a hilarious faux pas on the part of Sky Sports news, especially given Rooney’s current status at Manchester United and his desire to leave and the dressing room apparently turning on him. Basically, if you didn’t hear about it somehow, then yesterday there was a really big deal made about some people eating the first ever lab grown burger. If you didn’t hear about this, then you can check out some information about this burger – which cost â‚¬250,000 to make – below.

By all intents and purposes this lab grown burger thing was a pretty big deal and there was a live stream of it yesterday as some volunteers tasted it. They all seemed to think it was fairly decent and ‘a good start’ although if you watch the video or look at the pictures they don’t actually look so keen in their faces when they’re eating it. Still, it was a pretty big deal and people will probably have to get used to eating those burgers in a couple of hundred years time when there are no longer any cows or they become a lot cheaper than â‚¬250,000 per burger to eat. I can’t wait.

Anyway back to Wayne Rooney. Sky News yesterday were covering the lab burger event yesterday when someone in their video department made a massive boo boo. The Sky News presenter Kay Burley was discussing the story and stated that they were showing pictures of the first ever lab grown burger, only for the screen to show a picture of Wayne Rooney walking through a tunnel. Whoops.

Everyone has always said that Wayne Rooney is a bit of a burger boy and carrying a few extra pounds so it looks like someone got the two confused. The only difference is that Wayne Rooney probably earns â‚¬250,000 a week rather than cost that much to make.

Of course there were probably some jokes that Wayne Rooney is so good at football that he may have actually been created in a test tube in a lab but these were quickly dismissed. I mean although he is really good at football it’s unlikely that he was grown in a lab because if that was the case I doubt they would have made him go bald and get really fat at the age of 25, surely they would make him the real deal all round right?