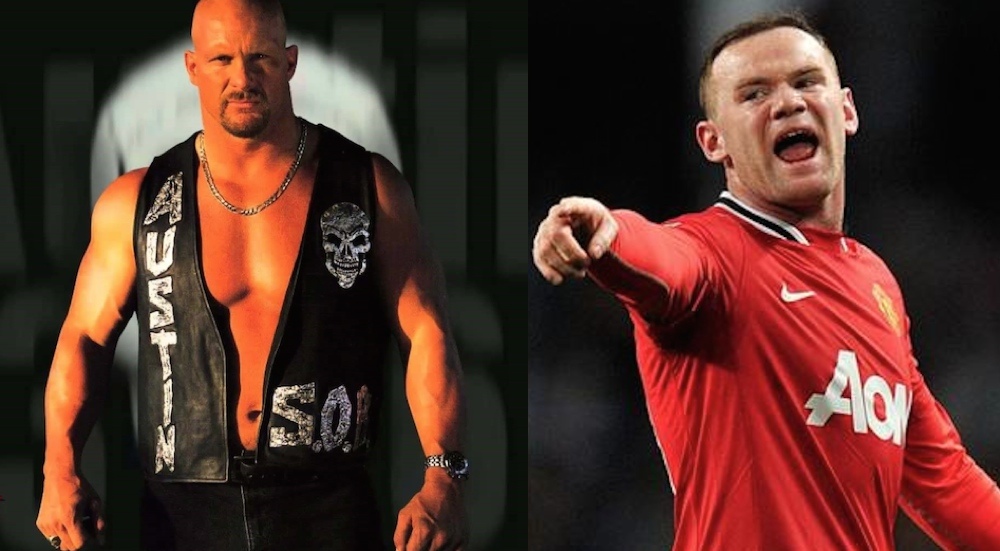 Following Wayne Rooney’s ‘dive’ against Preston on Monday night (was it a dive? we could go on about that for hours), WWE wrestler (and Preston fan apparently) Wade Barrett decided to get involved on Twitter. It wasn’t long until both Preston striker Kevin Davies and the legendary Stone Cold Steve Austin both got involved and somehow managed to come up with the idea for a tag team match at the grandaddy of the them all – Wrestlemania.

Could this actually happen? Probably not, but given Vince McMahon’s tendency to get celebrities involved in the big events, there’s got to be some small chance that it might. We’re hoping so anyway, because seeing Kevin Davies get the stunner really would be something else. And it would be even better at the end when Austin and Rooney are celebrating with some Steveweisers and then he turns and gives Rooney the Stunner too. It would be way better than anything that would probably happen at Wrestlemania this year anyway after the Royal Rumble debacle.

How about that @WayneRooney dive vs @PNEFC? He won't need to dive when I catch up with him.. #BullHammer #BNB

@steveaustinBSR that's the bottom line. Cause stone cold said so