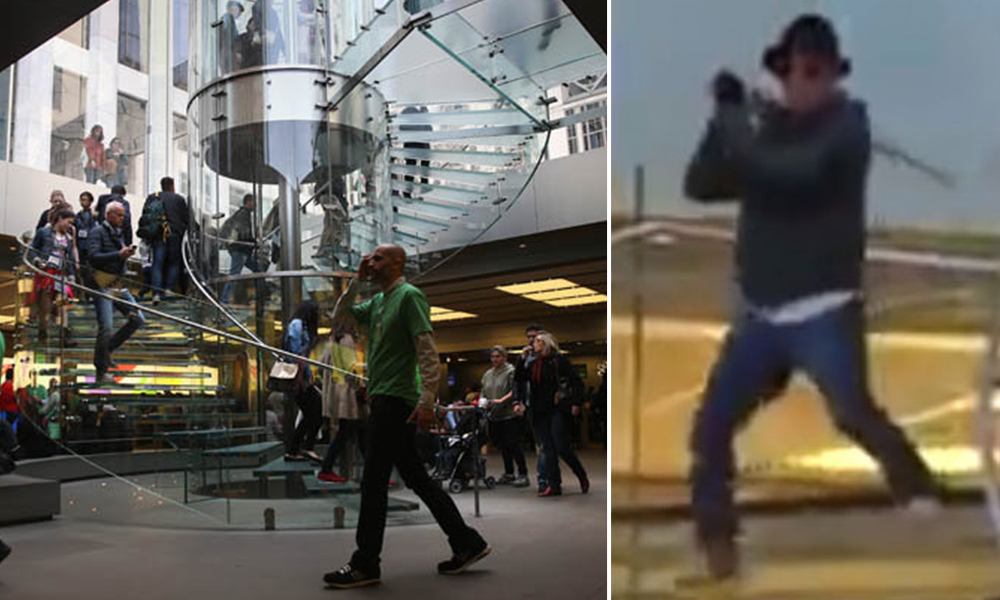 He must have really not liked the latest iOS update.

Shoppers in Apple’s New York flagship store watched on in horror as a nutcase waved a massive samurai sword around. Not cool.

30 year old Hsu Chien apparently walked into the store and started screaming at an employee, then blocked the spiral staircase, waving around the massive blade while shocked customers looked on. He was threatening to kill himself as well. Before off-duty police managed to tackle him to the ground and arrest him, he’d ran out on to the street – still with the sword in his hands. Scary stuff.

Nancy Birnbaum, who was in the store, said:

I have never in my life felt so terrified.

He pulled his sword out and everybody got back. I honestly thought that was it.

Chien was send for psychic evaluation after being arrested, and was then charged with menacing and criminal possession of a weapon.

It must have been a scary situation, especially with recent world events, but police confirmed that it wasn’t terror related. The thing I can’t believe is that the store wasn’t evacuated. Admittedly, it’s difficult to tackle a nutter with a sword, but you’d think that staff might want to get customers out of the way, instead of watching on and leaving him to it.

It could have been worse, though. At least he never got his sword stuck up his arse like this guy.