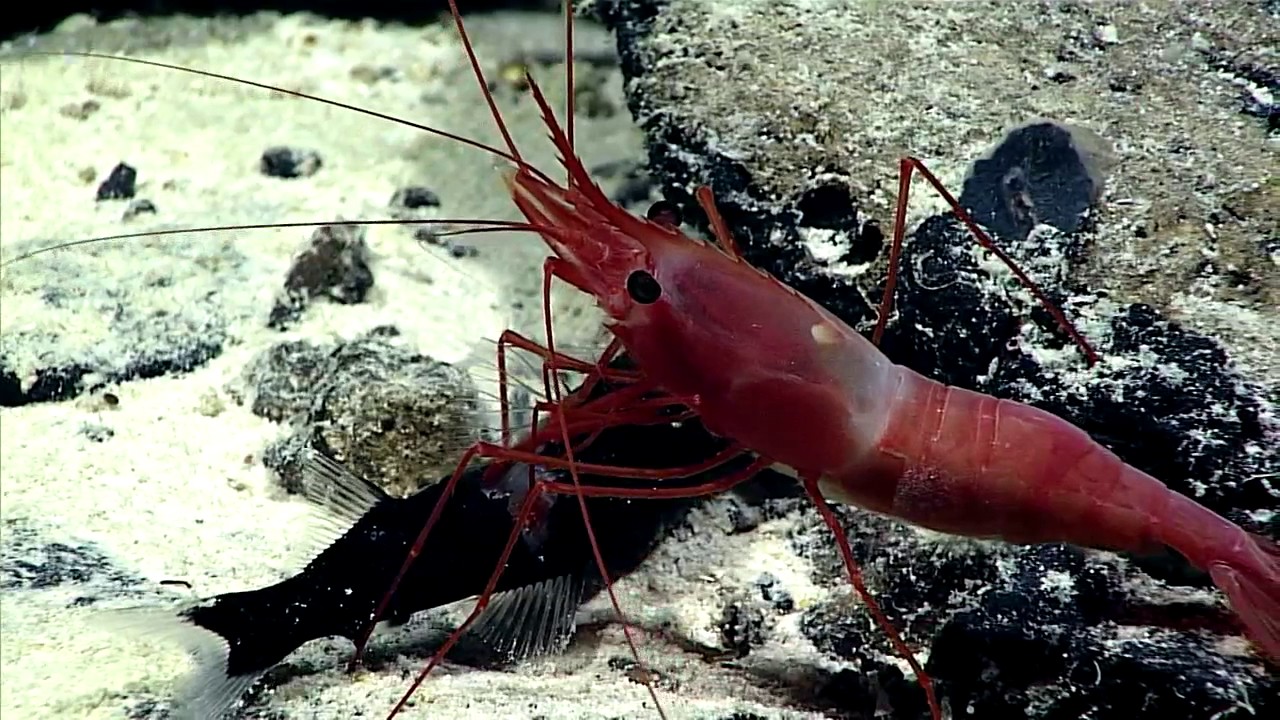 Nature can be so gross.

It’s well documented that life under the ocean is completely and utterly weird, but this next video even freaked out the people whose job it was to explore the ocean.

The video involves a shrimp and a fish in a fight to the death – which happens all the time sure – but this one is a little bit different. That’s because halfway through the battle, the shrimp rips another fish out of the original fish’s stomach, alien style.

It’s a completely unprecedented move and one that completely shocks the oceanographers filming it as well. The money shot is around 1:10 but you should watch the whole video because it’s a trip:

Damn. It’s kind of annoying the camera kinda waves a bit when the money shot goes down, but holy shit that’s crazy. Not really sure what happens to the other fish after it leaves the first fish’s stomach, but I imagine the shrimp just wolfed it down real quick or floated off into the ether. Either way it’s a power move straight out of the Mortal Kombat school of finishing.

That is one badass hungry shrimp. For more of the same, here’s an 18 inch shrimp directly out of your nightmares. Nope.