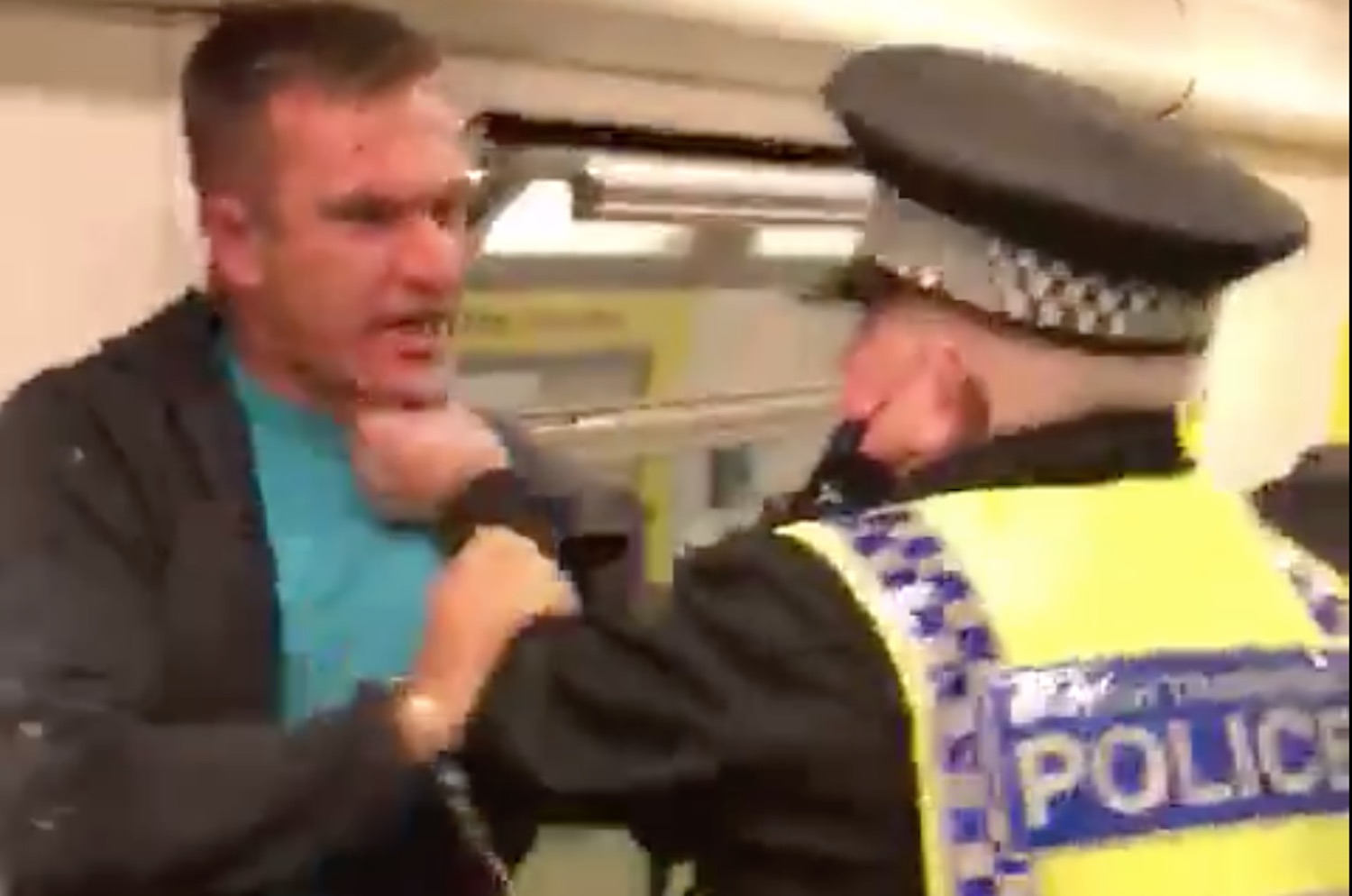 You know, I was worried for a minute that we weren’t going to get our usual dose of stupid anti mask videos this week, but thankfully we had that stupid one about the guy taking four hours to eat a tube of Pringles on a plane so he didn’t have to wear a mask yesterday and now we’ve got this video that’s doing the rounds on social media of a guy getting beaten up and arrested by cops for not wearing a mask on a train.

Not sure where the video is from or what the context is, but we’re joined with the dude and the policeman in a terse standoff on the train as he’s claiming that he has a medical exemption that means he isn’t required to wear a mask. The copper isn’t having it though and their argument eventually turns into a bit of a scrap with the man eventually being arrested.

More police tyranny all for not wearing a mask pic.twitter.com/4XRafCTWOz

More police tyranny all for not wearing a mask pic.twitter.com/4XRafCTWOz

I think the cop is probably well within his rights to act like that given that it is actually the law to wear a mask on public transport at the moment, whatever your views are on the issue. The guy is saying he’s got a medical exemption but you’re supposed to produce a doctor’s note or similar when asked about it and he doesn’t seem to be doing this so what choice do the police have in the situation? Also, is it really so hard to wear a mask in the first place?

Interestingly, the British Transport Police have acknowledged the video and said the following about the incident which puts a whole new spin on it:

We are aware of this video being shared on social media. Officers were called to reports of a man spitting at two passengers (2/9/2020). A man has now been charged with a public order offence and assaulting an emergency worker.

We don’t have any way to know if that’s actually true, but it would make a lot more sense as to why the cop was so heavy handed with him. In any case, the fact is that he was sounding off and being a dickhead and aggressive during the whole exchange too, so again I don’t really think anything the policeman did was wrong. Sure that there will be a whole bunch of people in the comments disagreeing with me though. Love u guys.

For more of the same, check out this insane anti mask meltdown that took place in Alaska over the weekend. Unbelievable.