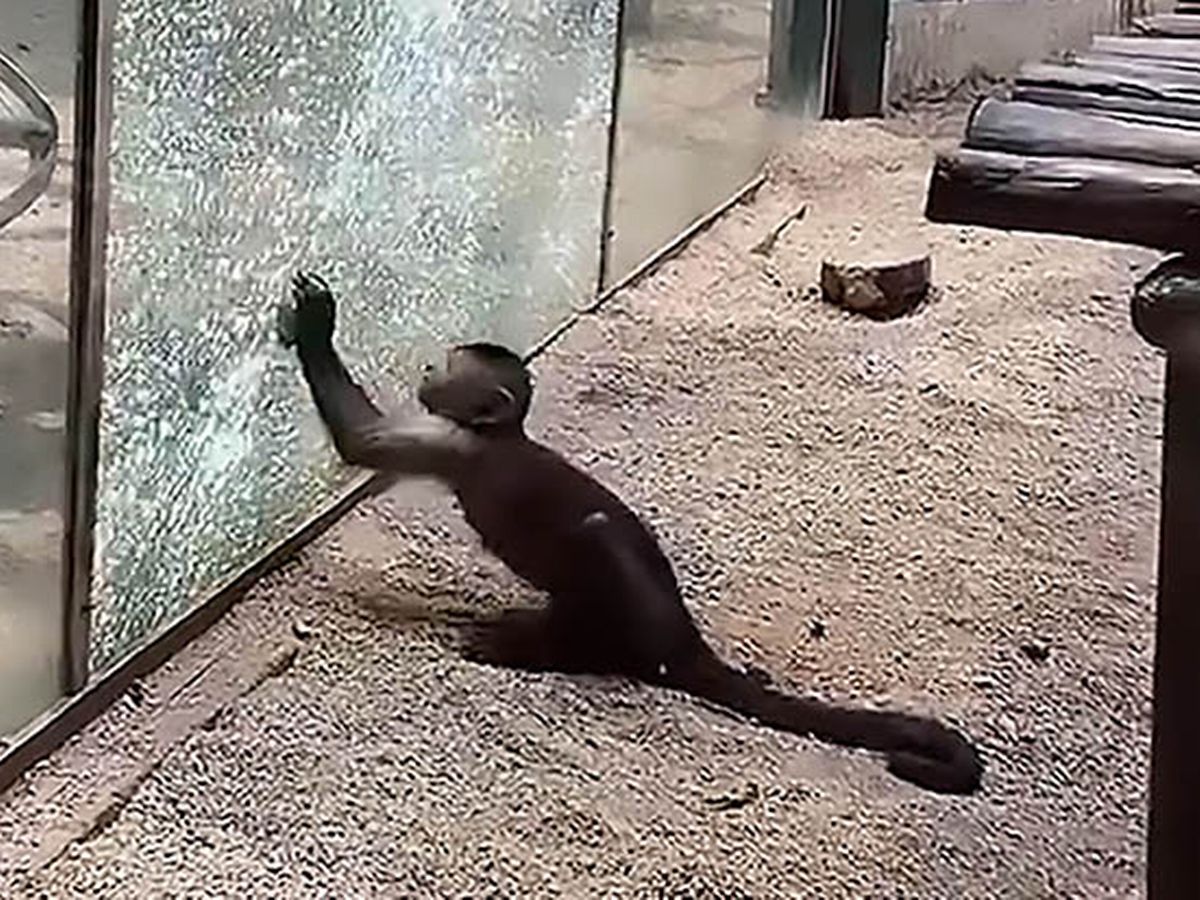 Whilst it might be fun to see animals escape from a zoo in a cartoon like in Madagascar or The Wild, the sad fact is that in real life most animals don’t come anywhere near that level of sophistication in their attempted zoo breakouts – except for maybe the guy featured in this article.

A monkey was so desperate to escape his prison over in the Zhengzhou Zoo in Central China‘s Henan Province that he spend hours sharpening a rock in his enclosure into a point so that when he struck the glass with it, it would actually leave a bit of a mark. And in fairness to the guy, he was completely and utterly successful with his attempts as he did manage to smash the glass and cause a real ruckus at the zoo.

Unfortunately, it seemed like the monkey was intimidated by his own strength as well, running off to the back of the zoo as the glass smashed rather than jumping through it to make his escape. Zhengzhou Zoo staff member Tian Shulia said the following about the attempted jail break:

This monkey is unlike other monkeys. This one knows how to use tools to break walnuts.

When we feed walnuts to other monkeys, they only know to bite it.

But it had never hit the glass before though. This is the first time. It’s toughened glass, so it would never have got out.

After it happened, we picked up all the rocks and took away all its ‘weapons’.

The glass will be replaced and we’ll increase patrols to ensure that no enemies escape.

I mean it’s kinda worrying that there’s a highly evolved monkey out there carving shivs and trying to stab people and destroy panes of glass, but I suppose Tian sounds like he’s got it under control with those extra patrols. Just gotta hope there aren’t similar monkeys out there in the wild planning our downfall like something out of Planet Of The Apes.

For more of the same, check out this video of a komodo dragon swallowing a monkey whole. Holy moly.