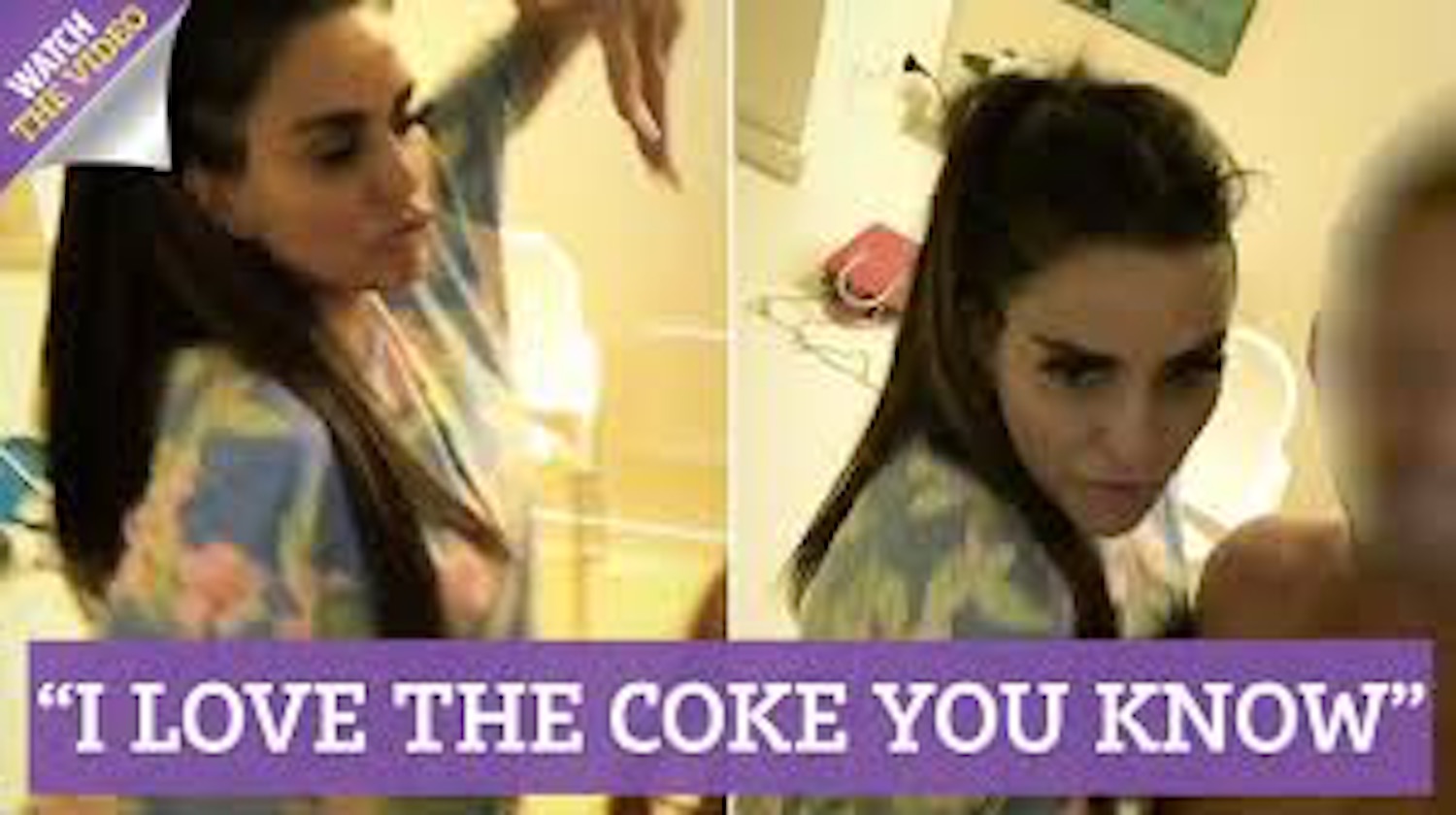 It’s been a tough year for Katie Price as she split from her third husband Kieran Hayler and rumours that she may be going bankrupt and it doesn’t seem like she’s dealing with it at all well judging by this video.

It’s a standard response for many people that when they’re facing overwhelming trouble to try and forget about it by getting as completely screwed up and this seems to be Katie’s way of dealing with it at the moment. She was with a bunch of her friends on a hen night in Majorca over the weekend when she left the bar with two German guys called Patrick and Lewis to go do drugs and drink more alcohol in their apartment.

It’s from this scene that the following video was taken. It shows Katie dancing around the flat semi naked, rapping about how she loves doing drugs and doesn’t care about anything. there’s also an account of what happened that night from ‘an unnamed source’:

Katie chatted and shared a few drinks with us. She was with a friend but came up to talk.

Everyone was a little tipsy, and we drank several shots and champagne. We were complete strangers. After hours in the bar Katie left her friend and came with us because she wanted to continue partying.

He went on: “Katie was a lot of fun. She flirted a lot. Katie then began to act a little weirdly, sitting on the floor and impersonating a rapper. At some point, Katie wanted to take a shower and disappeared in the bathroom.

She was not sick from the drink and drugs, she was just having fun.

She was taking drugs but she stopped us from filming her taking them. She was a bit worried about the camera.

She finally left about 10am.

Wow – she really is off her face because that is one hell of a bad rap. I guess we can all be accused of doing stuff like that when it’s 5am in the morning and we’re off our face on drugs though hey? There are also rumours going around that she slept with both the men during her stay at the apartment, although there’s no evidence of this. Still, not something you would put past happening at that hour eh?

In all seriousness though it’s kinda gross that these guys sold this video to The Sun – there are a whole bunch of pictures from the night out there too – just to profit off this poor woman’s complete disregard for her life and career at the moment. I hope she manages to get the help she needs and deal with her problems via some better methods as I don’t think this is what she needs to be doing right now when it’s a very real possibility she could be bankrupt and out on the streets in a couple of months. Good luck.

For more Katie Price, check out this horrific sex video parody made about her son Harvey. Awful.