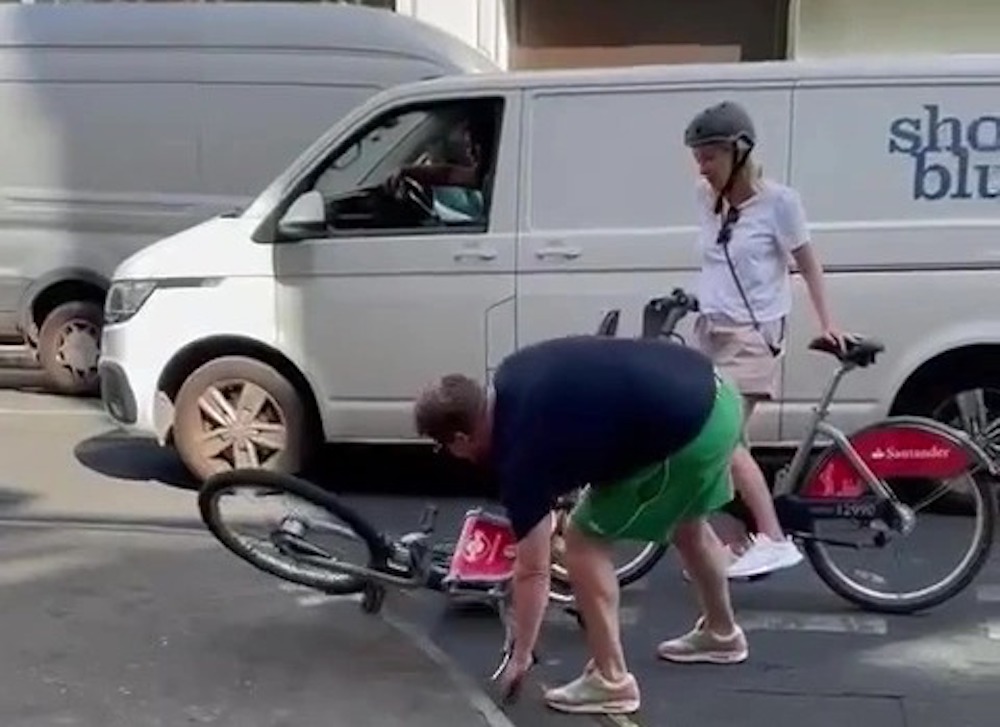 He seemed to be enjoying himself until another rival cyclist carved him up and caused him to fall off his bike. Corden obviously wasn’t happy about this and gave the other rider a pice of his mind before picking up his Boris Bike and continuing on his way.

The Sun have got a video of that bit if you want to watch it, but here’s what an insider had to say about the incident: 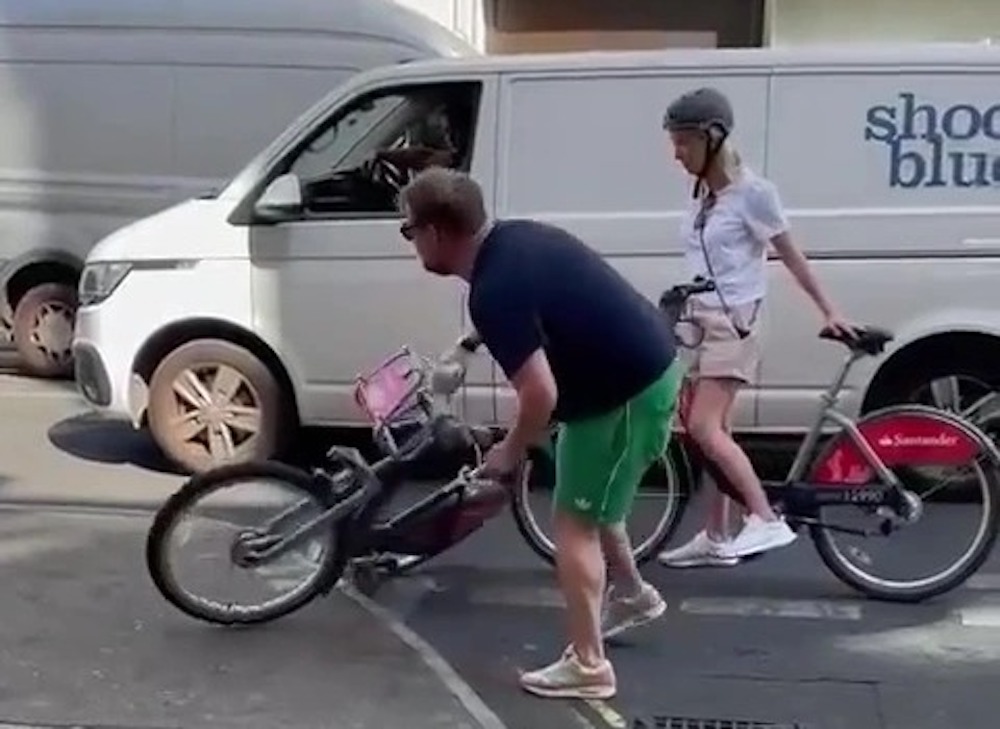 This young cyclist just darted across the road and sent him flying.

It must have really taken him by surprise. He had no cuts or bruises but it must have hurt.

He ticked off the cyclist who said ‘sorry’.

Everyone just stopped and stared when they realised who it was.

Yeah I suppose you can’t really blame him can you, especially when the weather is like this. Other guy should clearly look where he’s going and not be doing shit like that.

Surprised he didn’t kick off more to be honest considering he’s James Corden and there’s loads of stories about him being a wanker out there on the internet. Thought he was very calm and collected in the clip, even if he was a little ticked off. Fair play to him – unless we didn’t see all the footage.

Anyway, if you’re out there cycling around on a day like today then be careful. And don’t be a prick and cut other people up, unless maybe if you see James Corden then it’s almost allowed.

For more of the same, check out behind the scenes of Carpool Karaoke. It’s not actually real – what a load of bullshit.