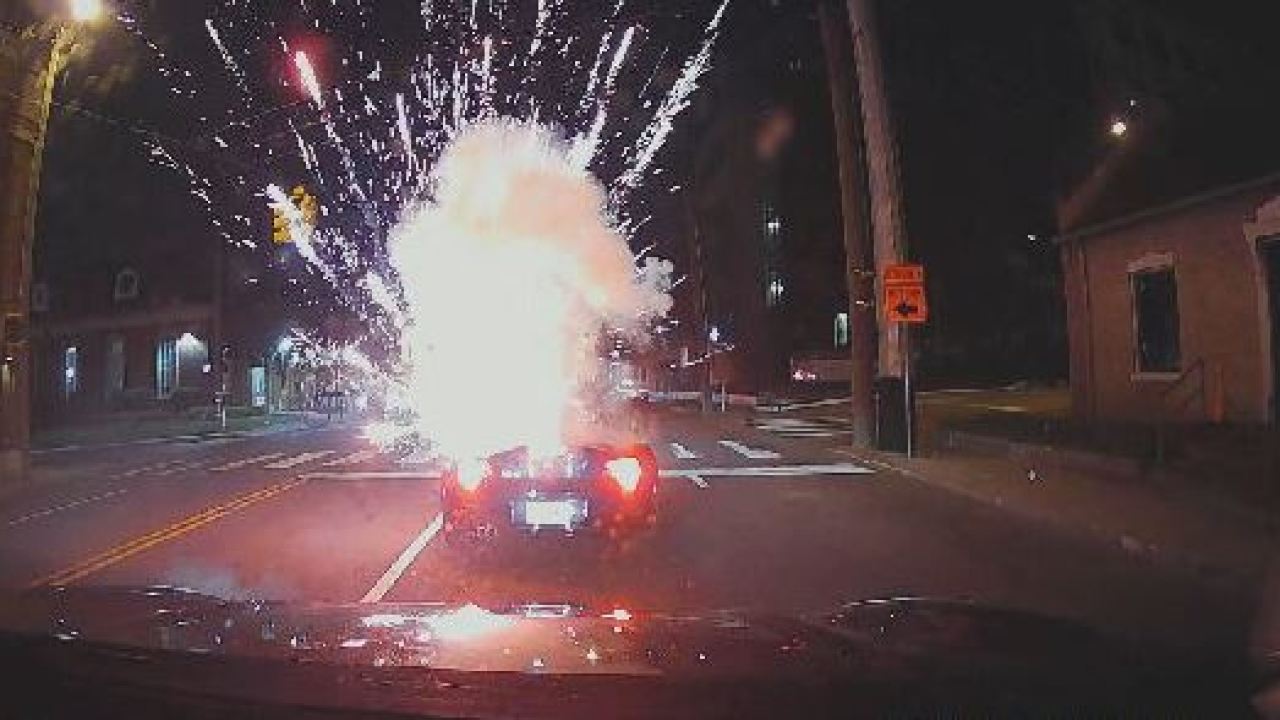 We’ve done quite a few posts on how a whole load of idiots decided to celebrate the 4th of July over in America this week, but this one really is the dumbest – and most dangerous – of them all.

The footage comes from over in Nashville, where a convertible is waiting at a red light. Another car then pulls up alongside it before winding down its window and throwing a lit firework into the convertible, where it bounces off the driver’s head before exploding on the back seat in a video that I can scarcely believe actually happened it’s so irresponsible. What the hell are the guys in that other car thinking?

There’s a second explosion after the first one if you think I’m overreacting when you watch the video below:

Last night in Nashville TN my son was at a traffic light in his convertible when a car pulled up and someone tossed in a large lit firecracker. At first it looks like it will be a dud but then there’s the second explosion! He was burned and the top must be totally replaced. pic.twitter.com/9BbzCzc0ym

Seriously reckless behaviour. The driver of the car has been identified as Colin Kirby and thankfully he hasn’t suffered any injuries aside from some burnt fingers and a little trouble hearing, but it clearly could have been so much worse. Here’s what he had to say about the incident:

I want to see Metro catch them.

I want to see them put the driver and the one that threw it away for sure, and I want them to pay for the damage for my car.

I really would like Metro to make an example out of this so people don’t do this. I hate to say throw book at them.

I hate to see people’s lives ruined over dumb stuff, but like I said, what if there were kids in the backseat or a whole family’s car right there? It could have killed people.

To be honest I think he’s being pretty calm and civil about the whole thing there? Maybe it’s because he’s American and it was the 4th of July and people seem to let off fireworks wherever the hell they go in front of whoever they like because of that, but if someone had thrown a firework in my car then I wouldn’t feel bad about throwing the book at them, I would want them to go to jail for a long, long time. Really weird that he’s so passive about it but I guess all rules are out on the 4th of July. ‘Murica.

For more of the same, check out this woman having a complete meltdown over some fireworks on the 4th of July. Way less justified than what Colin Kirby is saying.