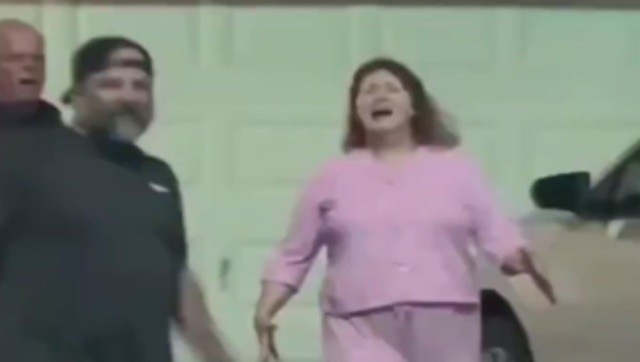 We’ve already posted a few very weird 4th of July posts on the site today, but this one of a woman having a meltdown because people are letting fireworks off outside her house is definitely one of the best ones yet.

I don’t really have any context for this one, but it seems like the woman is having a major fit because some kids are letting fireworks off after her house. Now, I can see why that might be kind of annoying – especially if they’ve been doing it for most of the day or something – but I figured she probably knew this was going to happen as it does every year and she could probably have wound her neck in and not gone so crazy about it here. Especially as at the end of the video they’ve stopped going off and she’s still ranting and raving about them.

Yeah, really think she needs to give it a break because there’s no way a few fireworks going off really warrants that reaction, is there? Completely insane behaviour from the woman and it wouldn’t surprise me if everyone in her neighbourhood bought loads of fireworks with the sole intention of pissing her off because she’s so annoying. Get a grip.

For more of the same, check out this Karen justifying not wearing a mask by saying that pants don’t stop farts. Don’t think that’s how it works mate.