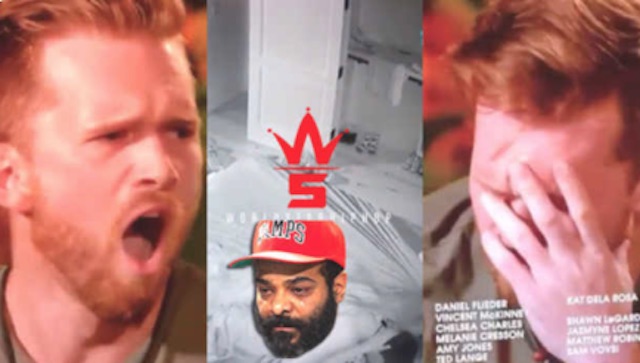 I think we wrote about ‘Temptation Island’ a couple of years ago when it was first released, but I don’t think that I ever actually checked out any episodes or saw any clips from it – turns out that it’s more brutal than anything I could have imagined.

The idea behind the show is that four couples who are at the make or break point of their relationships fly out to an island where they’re separated from their partner and surrounded by a bunch of single people that are trying to shag them in order to test the strength of their relationship. Naturally, this is going to lead to some compelling television and some really awful moments, as you can see from the clip below where a guy is forced to watch the love of his life getting boned by another guy:

Jesus that was uncomfortable wasn’t it? But I’m sure we would all react in the same way if we saw our partner doing that. So eerie and grim how all the other guys and even the host don’t say anything because there’s literally nothing to say and the just have to sit there and take it in. What a show!

For more of the same, check out when this guy got caught out cheating and pretended his side girl was a sex doll. Nice effort I suppose.