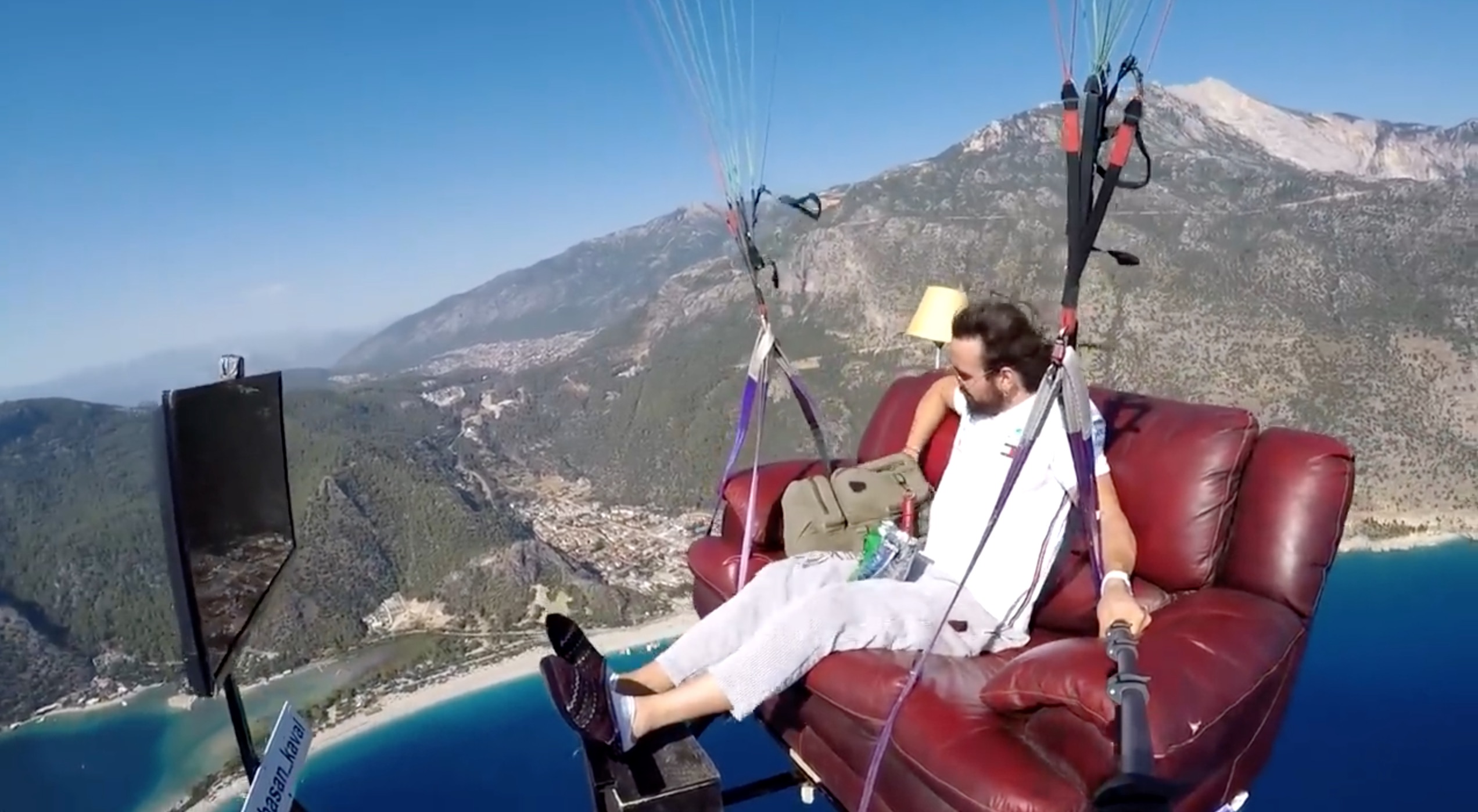 Not really sure if I’ve ever thought about how I could upgrade my living room/couch/watching TV situation to be even better than it is now, but I doubt that setting it up to a hang glider and flying it around above the sea would even come into the equation.

That’s because I’m massively scared of heights, but this doesn’t look like it’s an issue for this guy Uçan Koltuk, who decided to set up his couch and TV connected to a paraglider and then fly off over the coast of Turkey enjoying himself and watching TV. Guy didn’t even wear seatbelt or anything either which I find completely crazy, but it looks like he was enjoying himself hey?

Yep, that isn’t anything I ever want to be doing any time soon and to be honest I doubt it’s going to take off and turn into a major past time because why would you watch the Premier League or ‘Unsolved Mysteries’ from the middle of the sky when you could just watch it from the comfort of your own house? I guess it might be spectacular but I don’t think I would be concentrating on the show enough to be honest. It’s a no from me.

For more of the same, check out this guy who got his face ripped off by a couch falling out of a hotel. That’s unlucky.