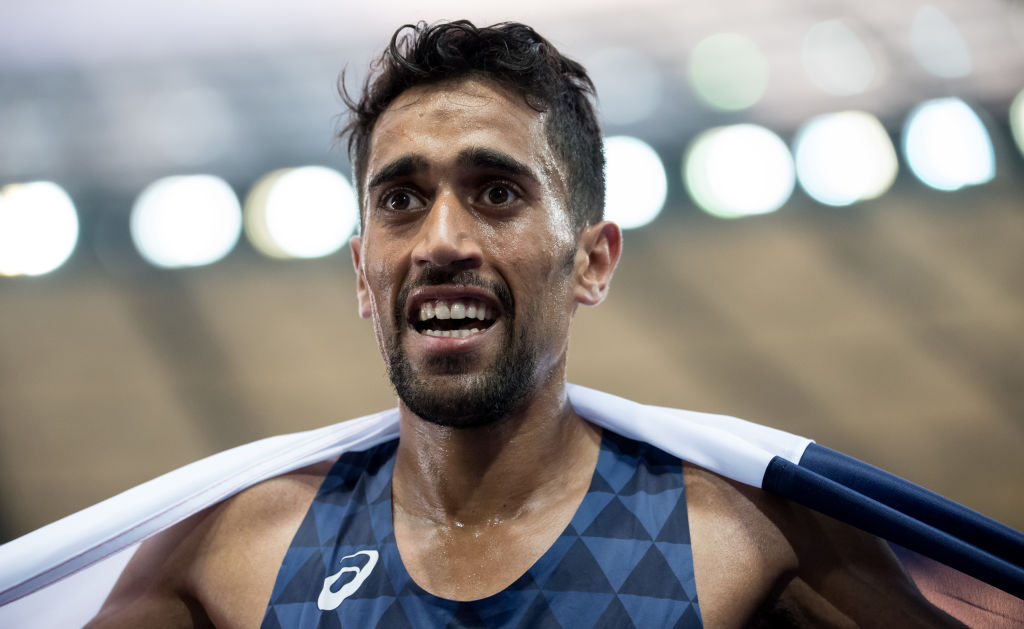 What the hell is this guy doing?

Everyone loves a good sporting shithouse and this one from the Olympics over the weekend has to go down as one of the all time greats, as 33 year old French marathon runner Morhad Amdouni knocked over a whole table full of drinking water for the other competitors before downing the last one himself.

Take a look at the pretty hilarious footage below:

Thoughts on Amdouni knocking over an entire row of water before taking the last one? pic.twitter.com/qrPaSzxLBW

Lol that really is a power move isn’t it? Especially when you consider that the temperature was 84 degrees or something in Sapporo and the racers probably really really needed that water. The fact that thirty of the runners – and bear in mind that they’re all Olympians at the height of their physical prowess – actually had to drop out of the race after due to exhaustion and hydration issues makes Amdouni’s actions slightly less funny and more top notch reprehensible.

To make the whole story even stupider, the guy didn’t even end up winning the race or securing a medal – he actually placed 17th which isn’t that impressive at all and even less impressive when the guy actively cheated to try and improve his ranking. People are talking about banning him from all marathon competitions in the future and whilst that might be a bit much, I think he probably does need to face some kind of punishment for his actions. You can’t just go around doing stuff like this in elite sport, even if it is one of the best examples of shithousing I’ve ever seen. It’s funny for us at home but not for those guys in the actual race. People could have even died from his actions. Not cool.

For more of the same, check out when Sam Brick wrote one of the biggest shithouse articles of all time. Yeowch.