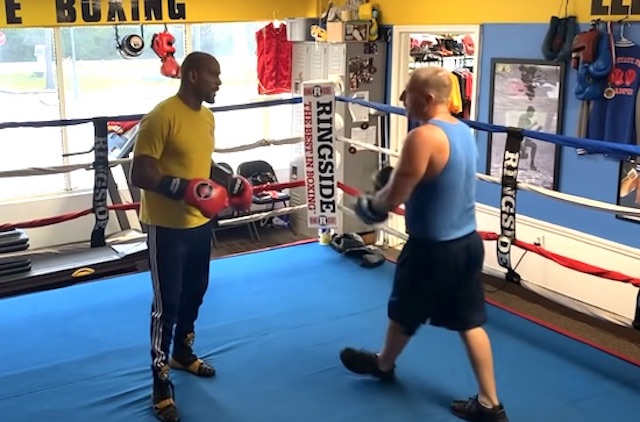 There aren’t really many better videos out there on the internet then those ones where a bully gets his comeuppance and here’s another absolutely excellent one.

Here’s the background to the video:

This guy drove 1 hour to my gym just to fight with me.. He said he have been In and out of prison he have anger issues and was looking for somewhere to train.

But first he wanted to get in the ring with me.. He said he’s been in many street fights. Also many fights while being locked up.

I had no intention to even spar Because I was on crutches and freshly out of hip surgery. After I showed him my crutches he went on to call me a kitty cat and said are you backing out.

He is a bully that needed to Be humbled.

Lol. Guy got completely whooped and isn’t doing too much backchat any more is he? I don’t know what happened after the video stopped filming, but I’m hoping that he joined up to the gym and started training and it really turned his life around and now he’s a pillar of society. Thinking that he probably picked a fight with someone in the street on his way home and got stabbed or something. Just looks like one of those guys doesn’t he?

For more of the same, check out this angry mother confronting her son’s bully and threatening to rip his face off. Bit much?