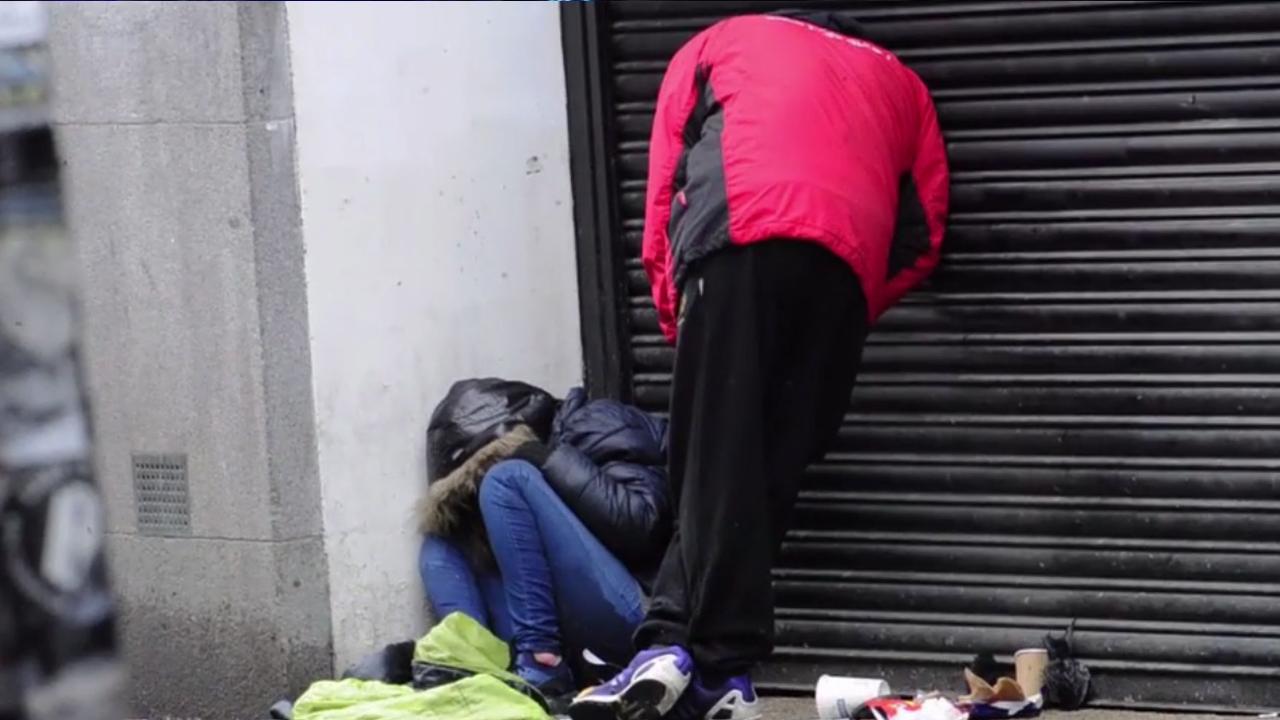 The spice problem is getting worse.

Spice – or synthetic marijuana – has been a developing problem on the streets of this country for a few years now and it doesn’t seem to look as if it’s going away any time soon.

The main problem with spice is that it’s legal and cheap and even though nobody seems to know what’s in it, idiots are more than happy to smoke it and end up going completely crazy into some kind of zombie like stupor that they never seem to be able to get out from. It’s pretty depressing viewing to be honest and the video below is no exception.

The video is taken from the streets of Hull City centre, where a shopkeeper has been so disgusted with the actions of a bunch of drug addicts outside that he’s decided to film them and share it on social media. Here’s what he also had to say about it before the disturbing video below:

It [the video] is for everyone, to see what the general public think to the state of Hull’s city centre at the moment.

This is the last straw. People come into town to shop and this is what they are faced with.

Yesterday, we must have had ten customers comment on what was happening outside and this was on Sunday.

There is open dealing and people getting off their faces. All I can see is these smack heads and zombies.

This guy is on the bench and he was off his face on drugs. He was shouting, swearing. He was doing everything.

Suddenly he jumps up and he doesn’t remember where he is. He gets up and he is off his tree and he can’t walk because he is still in his zone.

Everyone is concerned for him. You don’t want to see anybody go through anything like that.

One time, this guy got some white powder and put it on the bench, got on his hands and knees and snorted it up.

We have photos where they are stood in the telephone box sharing out drugs. It’s disgusting what’s happening.

I have been in the town for 35 years and I don’t need all of this and I don’t think none of them [the other retailers] need this.

Damn. Sounds and looks like it’s a real mess up there eh? Usually when people – sometimes they’re homeless but not always, sure – are doing drugs I find that they don’t tend to do it so obviously right in front of people where everyone can see them but it seems as if they’ve completely given up hope in the city centre of Hull. Desperate.

Apparently the police are looking to increase their police presence up there to try and curb this problem, but I don’t think that’s ever achieved anything in history any time it has been deployed. Probably be sharing some more videos from up there in a couple of months, that’s all.

For more spice, check out this ex addict talking about the disgusting high that you get the first time you take it. Yuck.