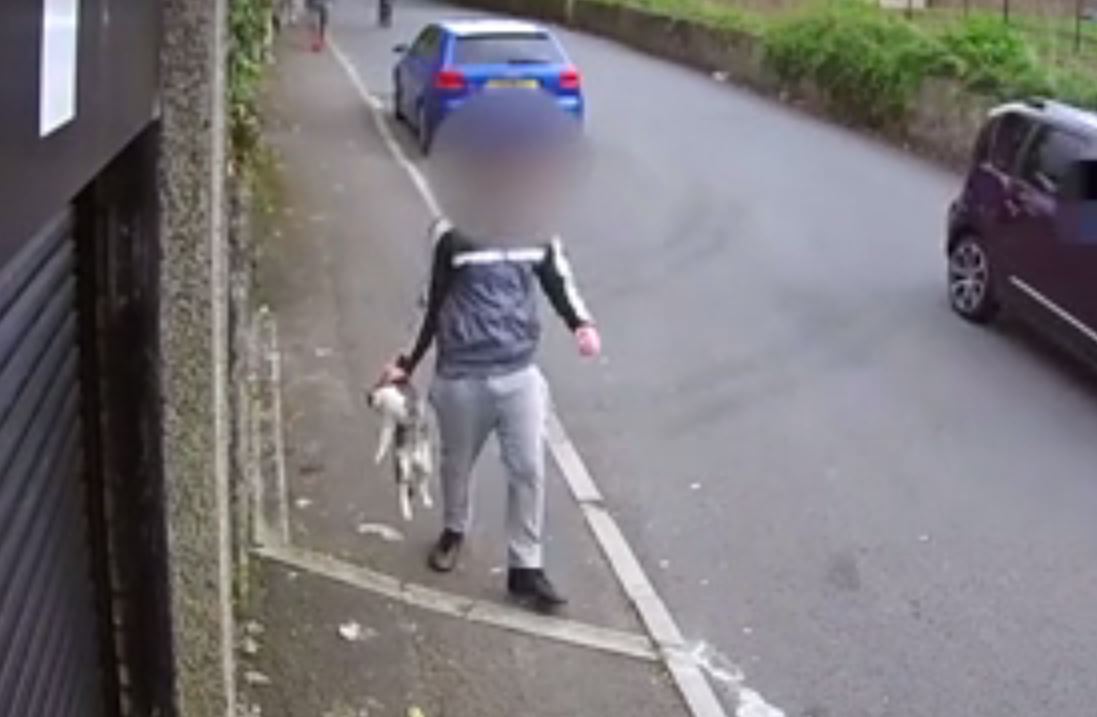 I usually think that it’s a lot easier for kids to stay entertained these days then when I grew up as there’s loads of video games and ways to stay in contact with all your friends that just weren’t around when I was a kid and just had to wander around the neighbourhood looking for shit to do.

Bearing that in mind, I really didn’t think that kids would be so bored these days that they would actively try and encourage animals to murder each other to get their kicks – I mean if you really want to see that then you can probably find it fairly easily on the internet – but that’s exactly what’s happening in the video below. And believe me it’s grim.

The video below comes from Merthyr Tydfil in South Wales back in May, where a seventeen year old boy and a fifteen year old boy can be seen using a stick to entice a cat named Sully out from under a car and then setting a rabid looking dog on him. Moments later, one of them chucks its dead corpse in a hedge. It’s pretty grim viewing:

The footage was released by the RSPCA. Gemma Cooper of the organisation said the following:

The shock and horror I felt when I first witnessed this CCTV footage has remained with me. This was a disturbing, harrowing and deeply sinister attack which would have caused immense suffering to poor Sully.

It is frightening to think two children would set out to do something so deliberately cruel. It appears the dog had been trained to kill like this.

We know most people across Merthyr and beyond will be disgusted by the treatment of an innocent, defenceless cat in this way.

This was a premeditated attack, seemingly done for the boys’ fun and pleasure, for which the RSPCA had to seek justice. The actions of these individuals has left a family broken and without their beloved pet cat and family member of 13 years.

Can’t say I disagree with her to be honest. Sadly, the boys didn’t even receive that much of a punishment – only a £300 fine each and being banned from ever owning animals in the future. The dog is currently being retrained by the RSPCA before it will be rehomed and hopefully never encouraged to do anything like this again.

For more dogs, check out these dogs that have formed a death metal band. Sickheads.