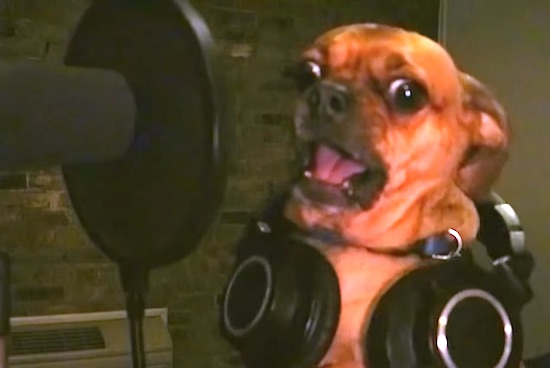 When you think of the things that dogs normally get up to when you’re not around, you probably assume they run around, jump on things, chew things and then maybe go to sleep but I bet you never thought that you might leave one day for work and come back to find that they’ve formed a death metal band with their other doggo mates.

Nevertheless, this is exactly what apparently happened when some dude left the house for his job one day, and the dogs even managed to form a music video for their effort too. The song is called ‘Who Poo Poo’d In My House?’ and is about everything you would expect from a bunch of dogs playing death metal.

The band is called The Bubbas btw, but it’s nowhere near as cute as you would expect it to be with a name like that:

Well, that was weird wasn’t it? And not really the kind of cute dog video that I expected it to be – it was actually kinda terrifying. I suppose that’s what death metal videos in general are like though so I guess you can’t blame them for making it authentic though hey? Still a bit much though I reckon.

For more dogs playing death metal, check out this dog rocking out like Joey Jordison. Legend.