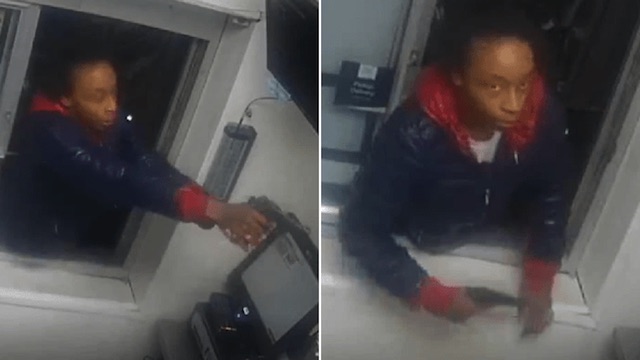 I’m sure every single person reading this has been to a drive thru fast food joint at some point in their life and had to wait for a while because their order wasn’t ready – maybe even being sent over to the waiting zone because it’s gonna take a real bit of time – and whilst we all concede it’s pretty annoying, I doubt anyone has reacted like the person in the video below to this news.

The incident took place last Tuesday March 30th in Memphis Tennessee after an unknown woman climbed through the drive thru window at the Burger King restaurant and fired a few shots inside because her food was taking too long to prepare. Apparently there was a verbal altercation with staff that led to the shooting, but the woman was initially mad because of her wait time. Can relate sure, but like I said earlier I don’t think my response would have been anywhere near as extreme.

You can take a look at the crazy CCTV footage below:

Jesus. Thankfully nobody who worked at Burger King or any customers were hurt, but somewhat strangely the Memphis Police Department haven’t managed to track down the woman yet and bring her in for questioning.

She was travelling in a black sedan with a male accomplice and police are offering a $1000 reward for any information on her, so if you live in the area keep an eye out I guess? And if you regularly frequent fast food restaurants, then here’s a reminder to not do anything like this and just be nice to the staff. They’re probably trying their best.

For more of the same, check out this McDonald’s staff member kicking the shit out of a customer who tried to fight him. Fair enough really.