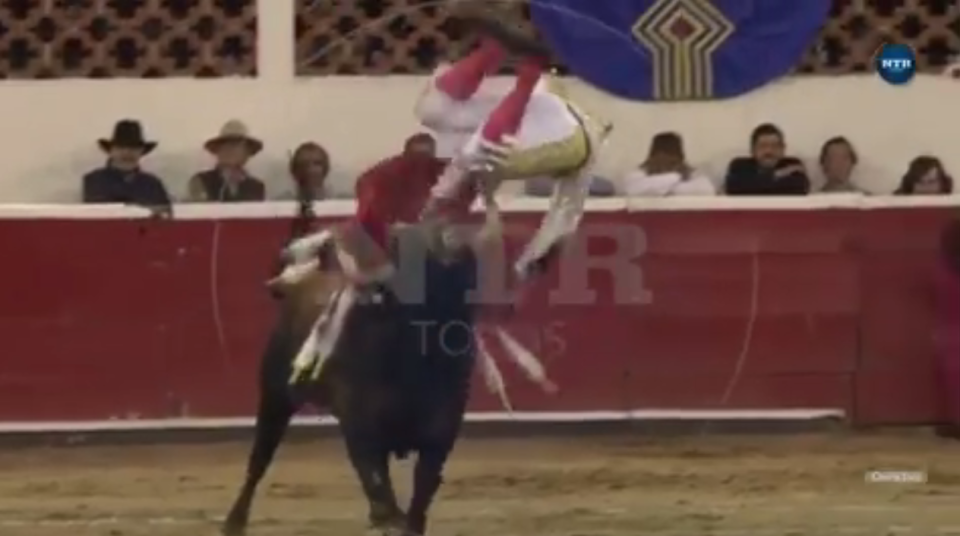 Bullfighting is one of the most dangerous sports out there so I’m pretty sure nobody is surprised when a matador gets absolutely smashed up by a bull as it’s just part of the territory. Still great to see the videos of it though.

This time we’re over in Mexico where bullfighter Luis David Adame was appearing at the Santa Maria de Queretaro festival. In the very first round though he failed to spot that the bull he was goading with his shawl was about to change direction and ended up getting gored in the testicles due to his error:

Luis David Adame has suffered a large goring in the scrotum that has torn the skin across 10cm, including injury to the testicles.

He’s still recovering in hospital now but is expected to be out in a couple of days. Probably be fighting bulls next weekend or something as well, these guys never seem to know when to quit.

For more bullfighting, check out this guy who had the worst ever bullfighting debut. Couldn’t really have gone any worse.