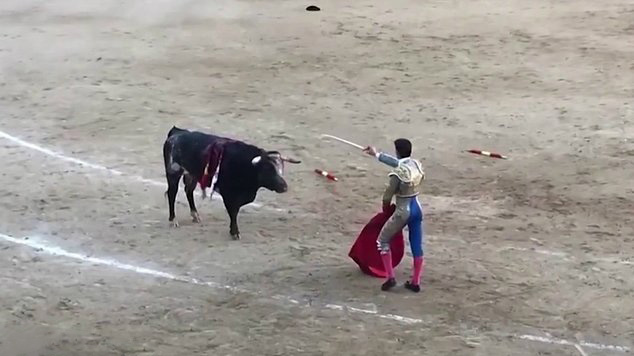 Just a week after a matador had his butt hole torn to smithereens by the horns of an immensely pissed-off bull, a young Spanish bullfighter making his debut met a similarly brutal fate.

Imagine, you train for years to finally get your big break out in front of the crowd, you’re wearing your fancy new bullfighter outfit and are all raring to go… and then this happens:

Yep, you end up with a horn through your throat and all anyone can do really is look on in horror. Here’s a closer look: 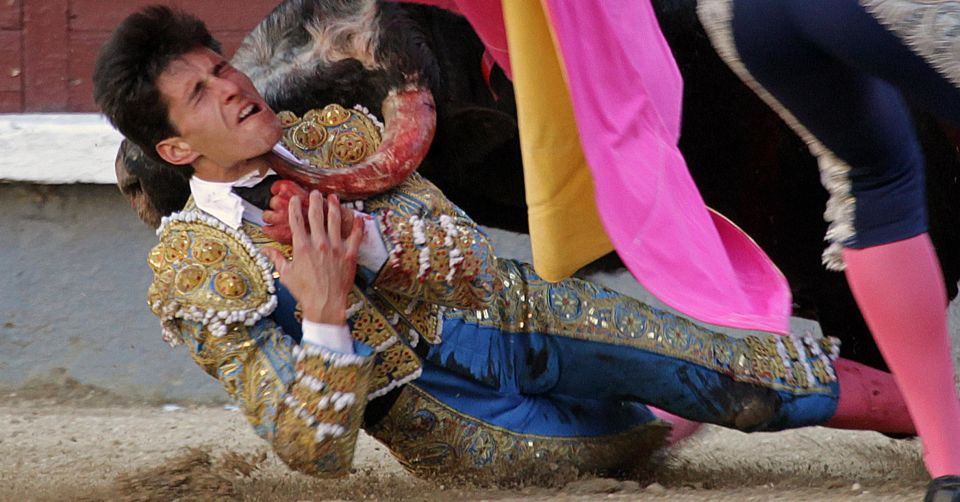 Doesn’t even matter if he makes a full recovery (he won’t) – you only get one chance at a first impression and let’s just say it wasn’t the most inspiring of debuts for Daniel García.

Unlucky – but that’s what you sign up for when you become a bullfighter. Even the crowd isn’t safe sometimes:

For more footage of bulls decimating humans who should know better, click HERE.