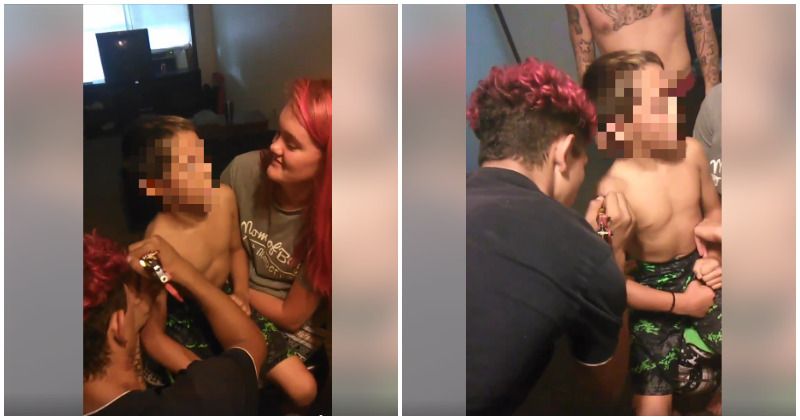 There are a lot of people out there with tattoos that they regret and most of them were grown adults when they decided to get them inked on their body – imagine what it would be like if you were nine years old when you got your first tattoo? No chance.

Nevertheless, apparently the 9 year old in this video wanted one and both his 16 year old mate and mother thought this was A OK. The tattooing took place in the kid’s lounge somewhere in Ohio and you can see footage of it below:

Not gonna lie that is a pretty damn weird situation. Not really sure what to make of it, but apparently after the cops investigated they found out that the kid was cool with it and decided to drop it. Weird.

I couldn’t really make out what the tattoo was all about but do you think the kids gonna like having a symbol of his abusive childhood on his arm for the rest of his life? Probably not, but he’ll almost certainly be the first kid in his year to get laid sporting ink like that. Kinda like Little Pete in The Adventures Of Pete And Pete if you remember that.

For more awful tattoos, check out what we once called the dumbest tattoo of all time. No jokes.