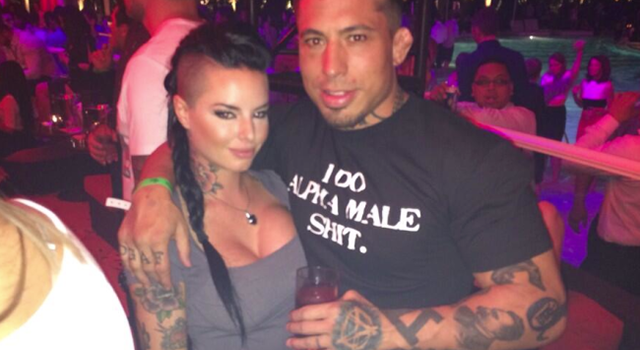 A couple weeks back, former MMA fighter/self-proclaimed super alpha male War Machine tried to kill himself in his Las Vegas prison cell, but failed when a prison guard intervened.

Following that, War Machine’s disturbing suicide note started doing the rounds and it provided a really sad glimpse into the mind of a man who seems fully remorseful but also reluctant to 100% accept responsibility for the fucked up shit he did.

Well, as it’s Halloween, War Machine dropped this Halloween-themed poem on Twitter (yep, he’s got a phone on him in prison) which seems to indicate he ain’t doing too good:

The past Halloween,
What a treat.
Memories sacred,
No candy so sweet.

But now those pumpkins have rotten,
Only their ghosts remain.
And on this Halloween,
They plan to bring pain.

How will I fight them?
In Dracula’s lairs am chained.
A cadre of vampires,
On my blood are sustained.

I wish they’d just kill me,
Put me out of this pain.
I’m terrified of those ghosts,
They’ll drive me insane.

Tortured day and night,
All Hallows’ eve grows near.
I hear their teeth gnashing,
They’ve homed in on my fear.

Frozen by their gaze
And absolutely aghast,
I’ll forever be haunted by these…
Ghosts from the Halloween past. 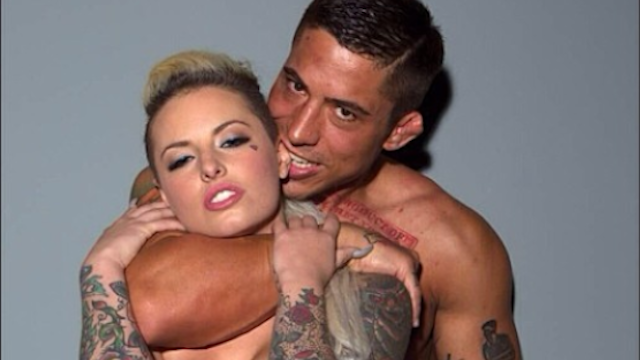 He followed up with this message (again, on Twitter):

Well, the only thing that sucks more than waking up (when you expect to be dead) has got to be the letters that you have to read from your loved ones…ugh. Should be the other way around, right? Knowing that people care should make one want to live, you’d think, unfortunately it’s still possible to feel very alone even when you’re in a room surrounded by people. Now if I kill myself I’ll feel even more guilty about it. Life is a bitch, and do you know what they do to the most depressed/miserable inmates? They locked me up for an entire week, butt naked, in an even deeper, darker hole than the one I was already in: no phone, no mail, no books, no toothbrush, no snacks, nothing! Makes sense right? “How long had you been thinking of suicide? That long, why didn’t you tell us?” Yeah, let them know that I’m suicidal so that they can lock me up and treat me like that?! That shit right there would make even the happiest person suicidal, most miserable week of my life. When you complain about it they threaten to keep you longer, and ask, “Well, what did you expect would happen when you did this?” Uh…I thought I’d be a baby again or some shit??? Be, uh, dead?! I’ve had a killer headache and my hands/feet have felt kinda weird ever since, “lucky to be alive” they say, I still can’t believe it.

It was an extremely hard thing to bring myself to do, guard walks by every 30 mins, still unsure as to what brought him up again early, wasn’t my time I guess. A few very nice officers came and spoke to me while I was on suicide watch, made me realize a few things, mostly that I called it quits too early. Never in my life have I been a quitter, and I know that my perseverance is the main quality which makes me appealing to fans…and I’ll be the first to say that I bitched out way too prematurely. I’m sorry to all of my loved ones and supporters, this ordeal has just been hell on me. Everything was going so well and this shit just blindsided me. I guess I’ve just been fighting my entire life, and this time I just don’t want to, I just want to be happy and relaxed for once…F*ck, I feel like I was right there, so close. Alright, I don’t want to think/talk about that subject anymore.

So, it sucks ass in here, just how I remembered it! I’m locked in solitary 23hr/day M-F, my cell is like 7’x12â€², and the food sucks! The worst part is the lack of nutrients and the tiny portions, thats what really kills you. I got here 195lbs ripped and I’m down to 175, and all I do is sit/lay 24/7 so it isn’t like I’m burning mad calories or some shit. They feed us at 4am, 10am and 4pm…wtf? Each night by 10pm I’m so starved that I swear I look for crumbs on the floor from earlier…we only get 2 pieces of fruit/week, oranges, and I’m so hungry that I eat the peel! I’m kept in solitary so they limit the amount of commissary I can purchase, as well as stamps. I can only buy 15 stamps/week and I receive like 15 letters/day, so sorry in advance if I am unable to respond to you, I try, and I do appreciate all of the mail, books and $, a lot! If you want to write or send me anything just go to the Clark County Detention Center website and you can find instructions there. Thank again for all the support, sorry again for letting you down, I promised a few people that I’ll stick around for a bit longer, so don’t worry about me.

Hard to feel sorry for a man who battered, tortured and tried to rape his girlfriend but even still, not nice to see any human being reach such a low point.