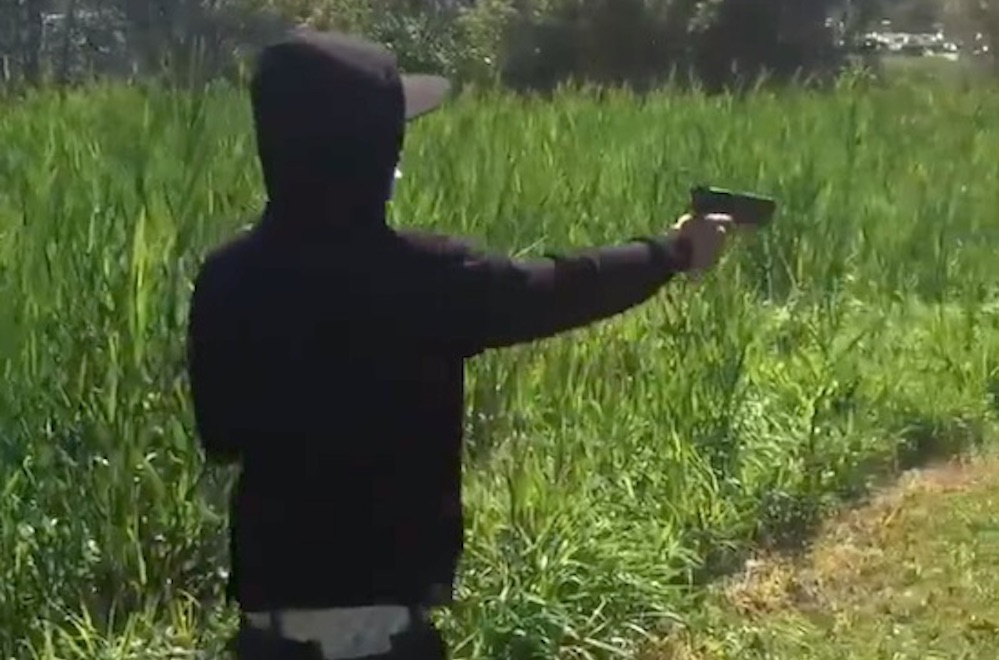 If you’ve been challenged to a street fight and you definitely don’t want to take part because you know you’re going to get battered, then you’ve got a couple of options to get out of it. The most obvious one is to just not show up, but another option is to show up with a gun and shoot your opponent, or just wave it around in a threatening manner and hope they back off.

What you shouldn’t do is show up to a fight trying to be all gangster with an airsoft gun, especially when the guy you’re fighting is way bigger and tougher than you. Everyone knows that a pellet from an airlift gun probably isn’t even going to leave a mark, let alone stop some guy from battering you so it’s pretty inevitable what happens after this loser kid starts popping it off.

Ouch. Yeah the black kid doesn’t exactly cover himself in glory either when he tries to jump on him and falls over, but let’s be serious there’s only one winner there isn’t there? Stupid kid with his hood up trying to be tough got his ass absolutely handed to him. Embarrassing.

If you enjoyed that, check out this bully trying to beat up a blind kid and getting his ass handed to him.