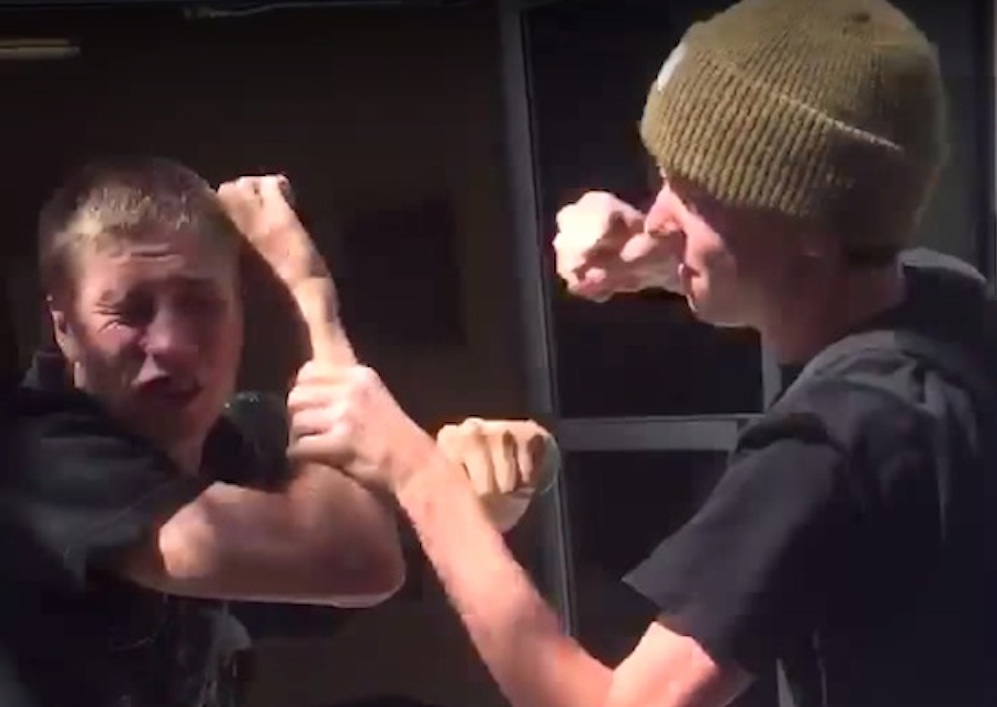 This is so satisfying to watch.

Back when I was at school, you used to get bullied if you were crap at sports, weird looking, looked Jewish (that was me) or basically just a bit of a knob. These days it seems like if you’re blind and at high school then you’re a target for bullies like the absolute asshole in this video who is jumping a blind kid for some unknown, unthinkable reason.

It’s just as well that some dude called Cody is within range and jumps into save the day and be an absolute hero basically. At least there knows what it’s like to be a human and wasn’t just filming a blind kid getting beaten up for some reason!?! Who the hell would think that was a good idea, it’s almost as bad as the guy doing the fighting FFS.

Cody for President basically. If you enjoyed that, then here’s another compilation of stone cold knockouts for you to feast your eyes on.