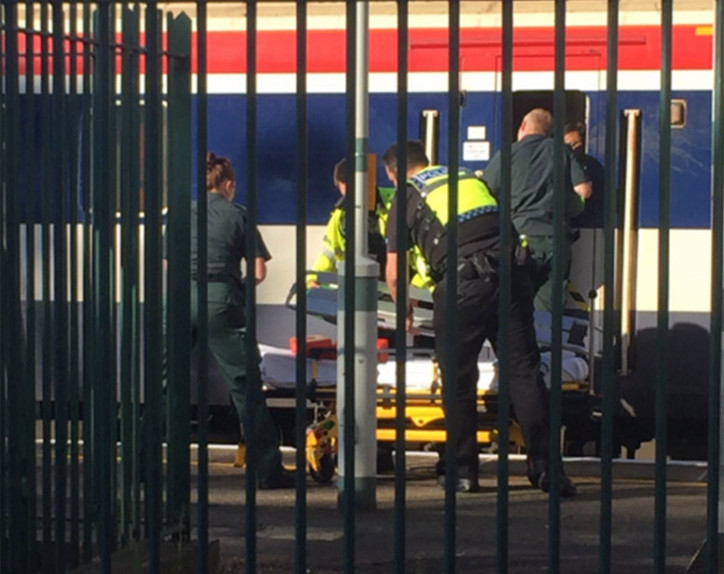 Off with his head.

A train passenger sadly passed away yesterday after he leant out of a carriage window and was hit by an oncoming train.

Reports confirm that the man, who was in his late 20s, was quite literally decapitated on impact. The incident unfolded on the Gatwick Express service at Wandsworth Common station.

A fellow passenger named Rhianna provided her account of the event:

He lifted his head out and basically he didn’t notice that the train was coming, so all you see is basically a head gone.

The head flew off basically. I actually ran because it was disgusting but all I saw was a head (that) flew away.

People screamed, the train stopped and people were screaming and they were coming out.

There was obviously the two ladies, they were more traumatic, but all I saw was a split second of what happened, if you know what I mean.

Got off the train @ Wandsworth common and there was chaos! Apparently a man was decapitated by train. Horrific & sad pic.twitter.com/tjhFUzKCWR

I just saw everyone moving, I just had to turn my head away. The woman that mostly saw it, I spoke to her and she was crying.

She was just hurt that she saw something like that and she was traumatised.

Anyway, what a gruesome thing to happen hey? Makes you realise how fragile human life actually is. Also makes you realise that it’s probably not a good idea to stick your head out of a moving train.

For more on trains, check out this dude who took a shit right onto a Metro floor. Those poor passengers.