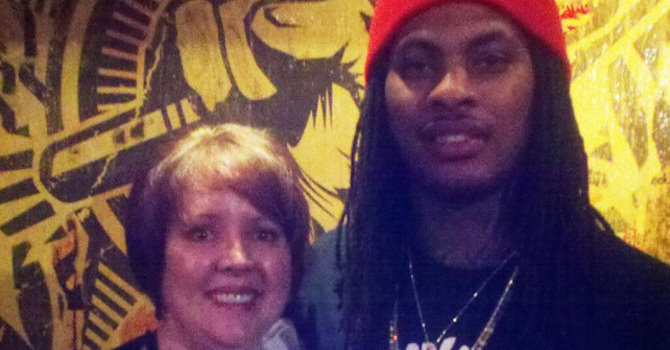 A 53-year-old white lady has divorced her husband and turned her life around, and she owes it all to the music of… Waka Flocka Flame?

A 53-year-old white lady has divorced her husband and found a new lease on life thanks to the music of Waka Flocka Flame. Here is the story in her own words:

In attempting to learn more about Twitter, I found musicians were doing a better job of social media promotion than most social media experts. I blogged about two rap artists who got social media right, Waka being one of them. He retweeted my post and graciously followed me on Twitter when I asked.

This truly changed my life. As I learned more about Waka (and the entire Brick Squad Monopoly group of talented artists) I got back in touch with my musical roots and interests, and began expanding my follows to include more rap and hip hop artists than social media experts. Through this period, I began blogging reviews of upcoming artists. I was able to meet (via Twitter) some amazing artists and talents, and not just rap musicians but actors, writers, country and rock artists…a truly awesome mix of talent and celebrity.

So Waka’s following and retweeting me gave me happiness, more followers and credibility. He started my new career of reviewing rap artists. I can’t ever thank him enough.

My ex NEVER liked rap, my interest in rap & rap artists, or my blogging about rap. When I knew Waka was coming to Ft. Lauderdale, my husband basically said he wouldn’t prevent me from going (as if) but he didn’t want me to go. When I didn’t immediately agree not to go, things got worse. He basically implied that (and I’m paraphrasing) “many black men would be putting their bodies in close proximity to mine.” Also, “since I was so enamored of Waka, if Waka asked, I might go out clubbing with him and end up doing something I’d regret.”

I feel fairly attractive. I’m 53 now (52 at the time of the concert) and I try to keep myself presentable. I don’t have as many lines and wrinkles as some women my age, and I’ve been told I look much younger than my true age. But…as attractive as I may or may not be, I know as sure as the sun will rise tomorrow that Waka and I were not destined to go clubbing together. And, nice thing to say to your wife.

Of course, my ex probably didn’t really think Waka would ‘co-mingle’ with me, but it was the fact that he even suggested this kind of bullsh*t scenario that made my mind up for me. I got my Waka concert ticket. I went by myself. And guess what? There were more white people there than anything else, and people from every age group. It was amazing. And the Brick Squad Monopoly gang (including Wooh Da Kid, Kayo Redd, Haitian Fresh, Sugar Shane, and more) burned up the stage.

Then Waka came out. The crowd went absolutely insane, and Waka did too. Waka onstage had enormous charisma and magnetism, and you couldn’t keep your eyes off him. He had the same kind of Jim Morrison combination of sex, danger & unpredictability. Aside from a group of little white boys in their sisters’ jeans who told me “Hey, this isn’t Woodstock” and the jackasses who kept blowing smoke at me, no one cared how old anyone was or what they looked like.

I paid extra for my BSM T-shirt and a meet & greet with Waka after the concert. This meant you got to get your photo taken with Waka. I had DM’d him a few times before the concert to tell him I was coming & would be the old white lady with reddish hair in the front. When I got my turn for the photo, I said, “Waka, you follow me on Twitter.” He replied, “Oh yeah, you said you was comin’!”

I was so thrilled! It really made my night, my week, my year, my decade. And when I got home, I realized that I’d gotten TWO photos with Waka; the first one was when I replied “Oh yes, Waka, that was me!” and was all googly-eyed and giggling like a schoolgirl. The second photo was the posed shot.

So, basically, the experience with my ex of the Waka concert made my mind up for me. It was time to make that break, and live my life without looking over my shoulder or being beholden to an immature man who didn’t appreciate me or the interesting turns my life might take. We’ve been divorced for a few months now. I couldn’t be happier. 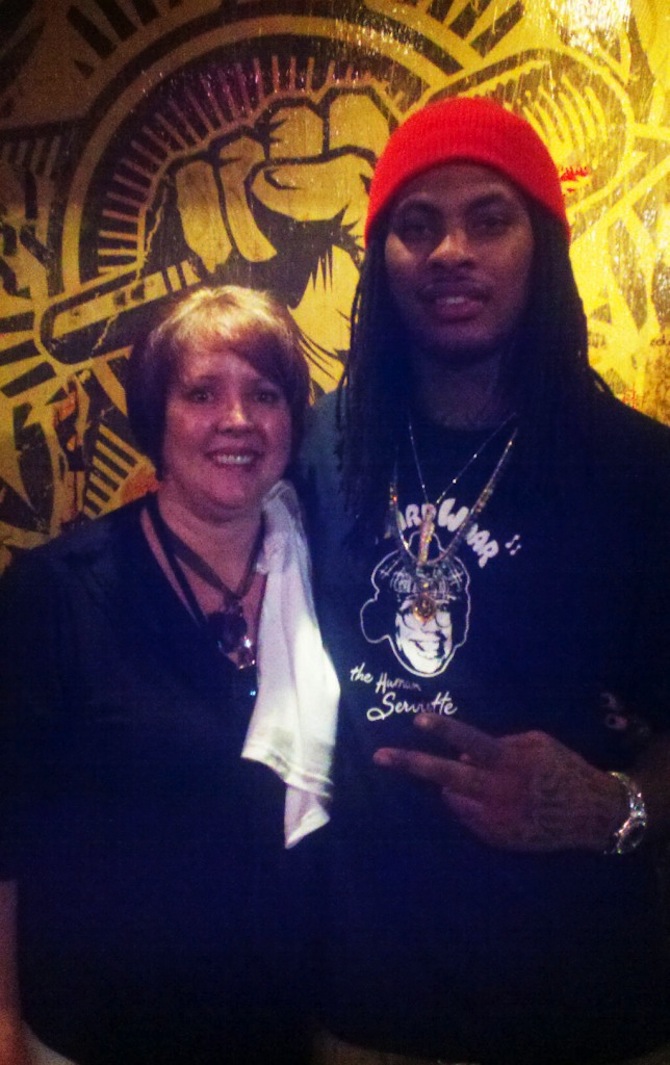 Poor guy that husband is. Sitting at home, microwaving his dinner, drinking the saddest can of Fosters ever as he imagines 18-year-old black kids grinding their penises all over his 53-year-old wife, while Hard In Da Paint blasts out of the speakers and some codeined-up millionaire mumbles incoherently into the microphone. Just a regular guy, working a regular job, living a pretty mundane yet contented life when suddenly BOOM — his middle aged wife discovers a passion for rap music, starts her own rap blog and follows Waka Flocka Flame on Twitter.

He should get half.