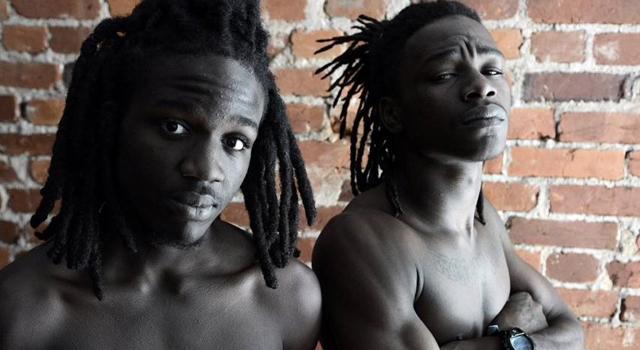 Pacman and Peso live in a rough neighbourhood and have never left the US. Where should they film their first vid? North Korea of course. Here’s how they got on.

You know when you’ve had a couple of sherberts you get that abnormal sense of strength and confidence? You might say something like “tomorrow I’m going to go down to the corner shop wearing nothing but a bra and a false moustache, because I’m a total lad”. Your mates go “shut up you idiot you’ll never do it, you’re lame” and you’re all like “yeah I will mate I swear down, I’m super mental, I ain’t afraid of nuthin'”.

Then tomorrow comes and you sheepishly slink from your stench filled bedroom and skulk in the corner hoping no one calls you up on it.

That’s kind of what happened to two rappers – Pacman and Peso – from DC, except it’s very different and much cooler. They basically decided to film a rap video in North Korea. Pacman and Peso are two fellas from the wrong side of the tracks and I can imagine no one (including themselves) really reckoned on it actually happening. But their online fund-raising scheme went viral and ‘oopsie’ they got $10,400 which is more than they needed for the flights. Gulp. It had to be done. NK here we come.

Before this all kicked off Pacman had never gone further than North Carolina and Peso never got further than New Jersey. They barely even knew North Korea was a different country and neither of them had ever been on a plane. These guys aren’t all bling and cash. They’re actual rappers who actually live in rough neighbourhoods. They don’t just bang on about having a hard time from the back of their Ferrari.